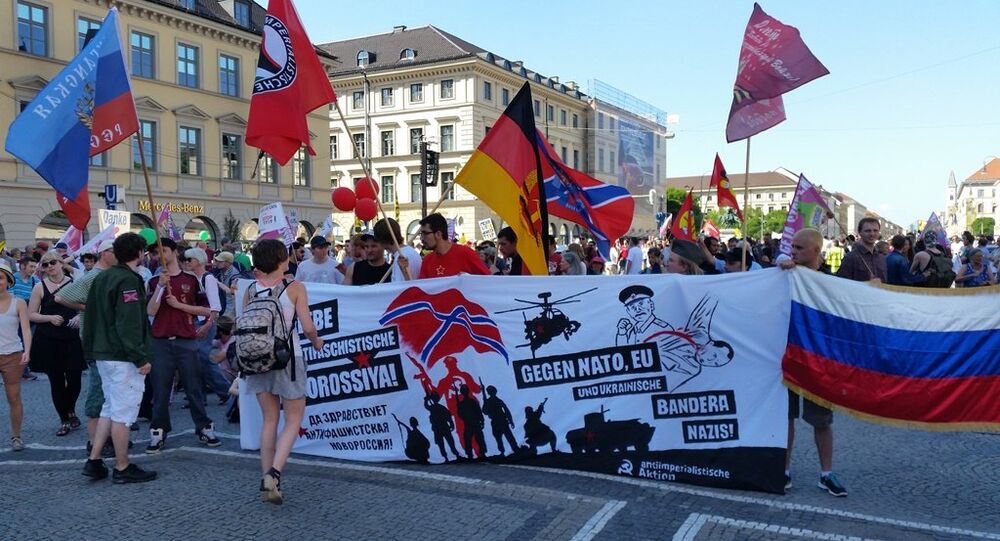 German communists are against NATO’s "aggressive" policy and want Europe to cooperate with Russia, the vice president of the German Communist Party told Sputnik on Saturday.

GARMISCH-PARTENKIRCHEN (Sputnik) — Earlier on Saturday, thousands of protesters in the German resort of Garmisch-Partenkirchen began a march against the policies of the G7 Summit to begin Sunday. Members of the German Communist Party make up a large part of Saturday’s protesters against the G7 summit in Elmau.

"Russia is not a communist country anymore… but I think Russia has a great role to play against the aggressive NATO, and therefore we want to have cooperation between European countries including Russia," Dr. Hans-Peter Brenner said.

The G7 summit is the meeting of "the most dangerous states," Brenner said, adding that the protesters stood against the system of exploitation of man and nature, and wanted to have peace between all countries.

The anti-G7 communists were also against NATO's interference in the affairs of Ukraine, he added.

The G8 format became the G7 last year, when Moscow was suspended from the group following Crimea's reunification with Russia and the escalation of the Ukrainian crisis.

German Chancellor Angela Merkel said Friday that Russia’s inclusion in G7 meetings would be discussed at the group’s upcoming summit.