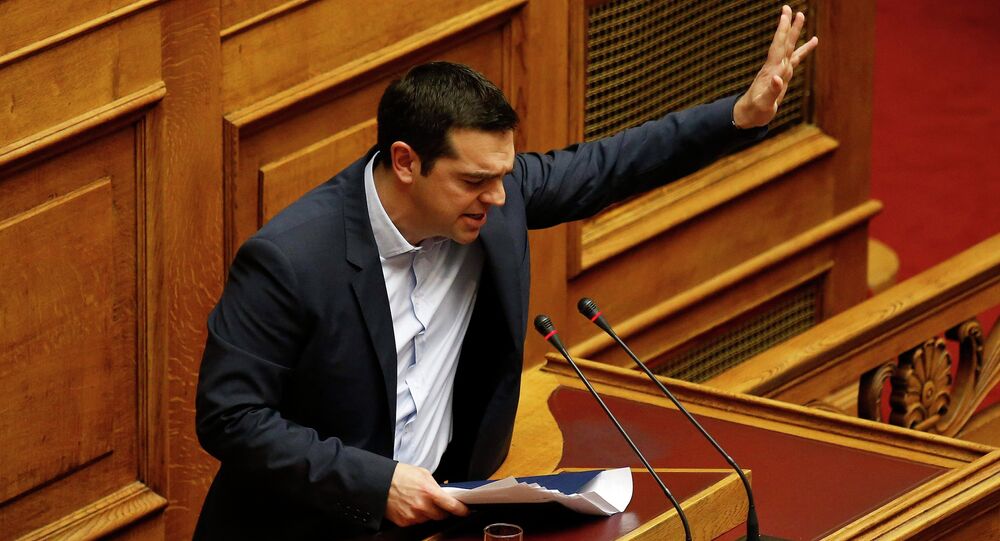 Prime Minister Tsipras did not agree to include the opposition leader's party in the government.

"Mr. Samaras informed Mr. Tsipras through his speech that he would not accept any type of common front with Mr. Tsipras, unless Nea Demokratia became part of the government," Costas Isychos said.

Tsipras addressed the Greek parliament on Friday after the latest failed attempt to reach an agreement on a bailout package with European lenders.

Samaras, former prime minister who lost this year's election to Tsipras' left-wing Syriza, lambasted Tsipras for lack of achievements in negotiations and called on him to "join the national consensus" offered by New Democracy.

Isychos added that European Commission President Jean-Claude Juncker's plan was largely rejected by "most of the leaders of the opposition."

"But at the same time [they] were in disagreement with Mr. Tsipras' proposal to the institutions," he told Sputnik.

Greece skipped a scheduled $330-million repayment to the International Monetary Fund (IMF) on Friday, offering instead to make a single payment by the end of June.

Under Athens' current bailout deal with IMF, expiring at the end of the month, Greece is expected to repay a total of $1.8 billion.

Greek Syriza Lawmaker: 'Eurozone Initially Based on the Erroneous Idea'