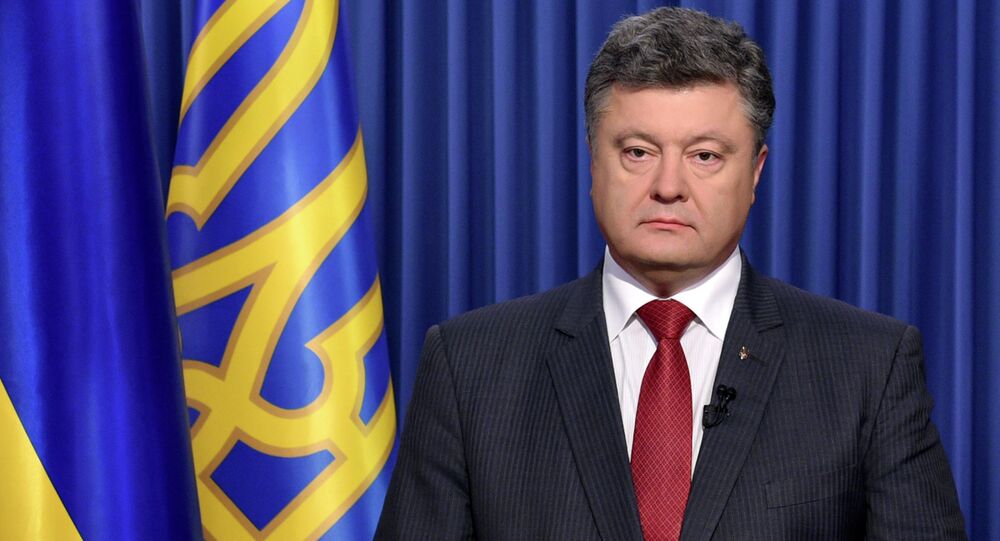 During his annual address to the parliament, the Ukrainian president stated that the democratization and decentralization of the country are key priorities for Kiev.

“I expect at least three very important political decisions from the Verkhovna Rada by the end of the current session. First of all, to pass in the first reading amendments to the constitution, worked out by the constitutional commission, which will be presented to parliament. These changes concern decentralization,” Poroshenko told reporters.

During his annual address to the parliament on Thursday, the Ukrainian president stated that the democratization and decentralization of the country are key priorities for Kiev.

© Flickr / United Nations Photo
Poroshenko Vows to Speed Up Decision on Sending Peacekeepers to E Ukraine
At the same time, he stressed that Ukraine will remain a unitary state.

Constitutional reform in Ukraine with focus on decentralizing power is part of the 13-point Minsk Deal, finalized in mid-February by the leaders of Russia, Ukraine, Germany and France in Minsk, the capital of Belarus.

According to the Minsk deal, the reforms to protect the rights of the people of Donetsk and Lugansk regions are to be implemented by the end of 2015.