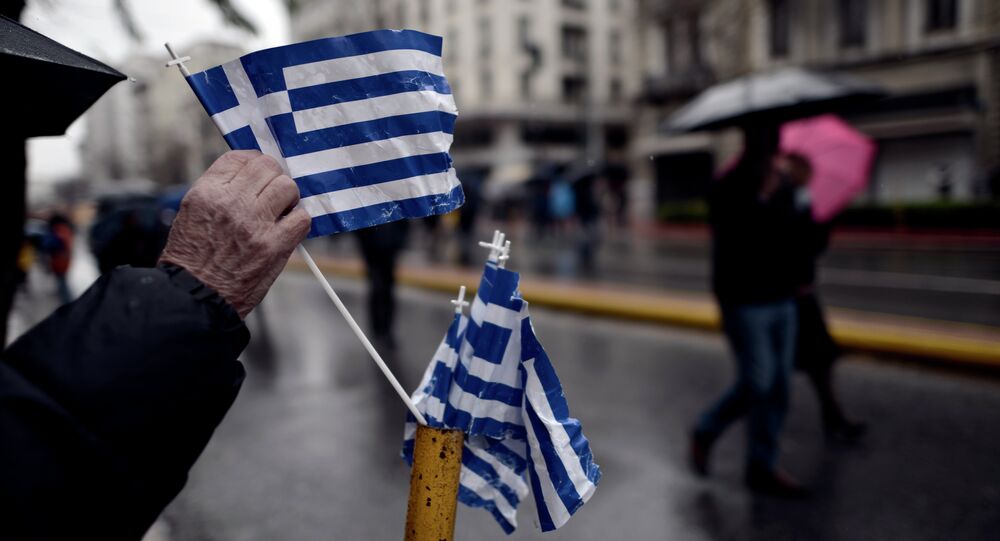 MOSCOW (Sputnik) — Greece is due to make the next debt repayment of 300 million euro ($330 million) to the International Monetary Fund (IMF) on Friday.

"It is necessary for the institutions – and especially for the political leadership of Europe to accede to the realism that the Greek government has been adhering to for the last three months while negotiating the fair requests of the Greek people for the benefit of a united Europe, and indeed, for the people of Europe," Tsipras said in a statement.

© AFP 2021 / ANGELOS TZORTZINIS
Greek PM Tsipras Eyes Compromise on Bailout Deal With Creditors
According to Tsipras, the Greek government on Monday submitted a proposal to its EU creditors "for a fair and mutually beneficial compromise, " allowing the country "to escape financial asphyxiation, as well as provide space for recovery."

The prime minister said that no response to the proposal has yet been received by Athens.

Greece's current national debt stands at around $350 billion, over three-quarters of which the country owes to the IMF, the European Central Bank and the European Commission.

The country must repay almost $1.6 billion to the IMF in June alone. However, according to the country’s Interior Minister, Nikos Voutsis, Athens has no money to make the next IMF repayment.