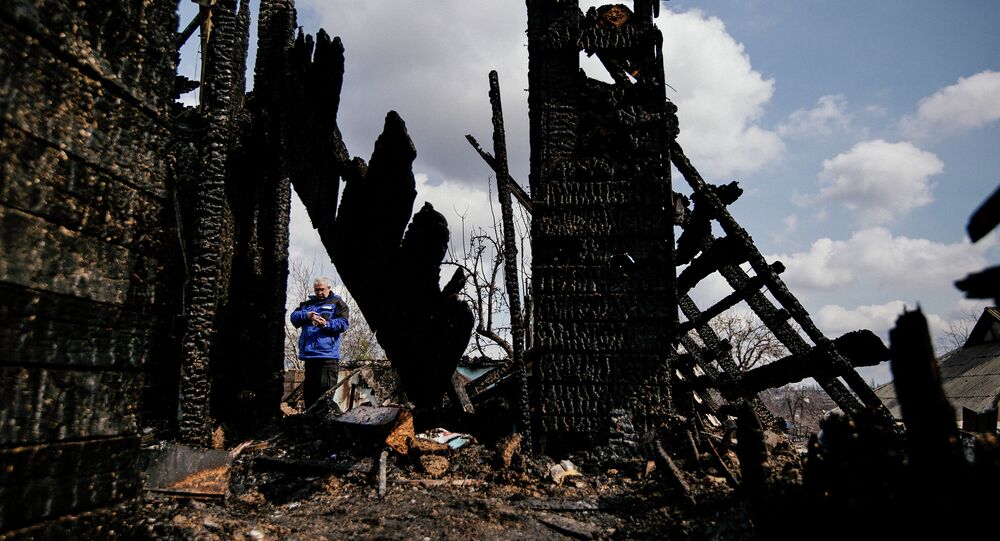 Moscow is monitoring Kiev's shelling of Donbass and will formulate its reaction to the situation, Kremlin spokesman Dmitry Peskov said.

Earlier on Wednesday, the self-proclaimed Donetsk People's Republic said that Ukrainian army had launched intense shelling along the line of contact, killing at least 15 people.

"Naturally, Moscow is closely monitoring [the situation] and is deeply concerned over the provocative actions of the Armed Forces of Ukraine," Peskov told reporters.

Answering a question on whether Russia will initiate a new round of Normandy format peace talks, the spokesman said that Moscow was deeply concerned about the ongoing shelling of settlements in Donbass, the loss of life, including children, and was closely watching how the situation was developing, and would formulate a reaction depending on the development.

© AP Photo / Evgeniy Maloletka
Kiev Shelling Along Contact Line Leaves at Least 15 Dead - Donetsk Republic
Earlier in the day, Russian Foreign Minister Sergei Lavrov said that Russia had asked the Organization for Security and Co-operation in Europe (OSCE) to monitor not only who opened fire, but also what objects were targeted in eastern Ukraine.

The Russian foreign minister, however, stressed that working groups on Ukraine made on Tuesday certain progress on demilitarization of certain locations and withdrawal of weapons.