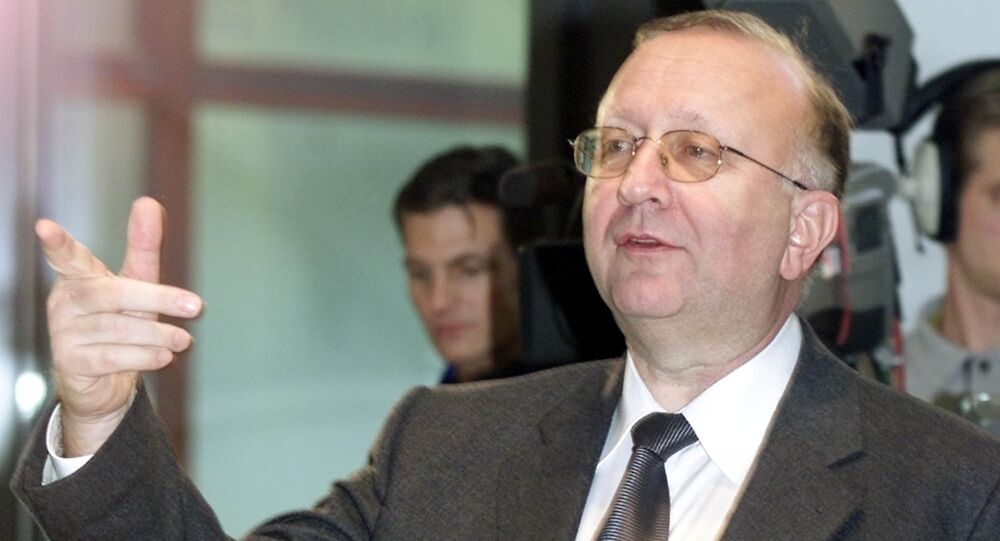 Willy Wimmer, who served as state secretary at the German Defense Ministry in the period 1988–1992, called the Group of Seven’s (G7) decision not to invite Russia to 2015 summit in Bavaria a "signal of confrontation or even war."

MOSCOW (Sputnik) – The Group of Seven’s (G7) decision not to invite Russia to its upcoming 2015 summit in Bavaria will send a wrong, if not an overtly confrontational message, a former state secretary in the German Defense Ministry told Sputnik.

© AFP 2020 / DPA / MICHAEL KAPPELER
Anti-G7 Protesters to Appeal Bavaria Protest Camp Ban
“When the G7 leaders meet in Bavaria, we all feel that the Russian president should be there. Without him, the signal is confrontation or even war,” Willy Wimmer, who served as state secretary at the German Defense Ministry in the period 1988–1992, said.

The 41st G7 summit is scheduled to take place in the Bavarian Elmau Castle, outside Munich, on June 7-8, 2015. Germany took over the rotating G7 presidency last June.

G8 was an important club of the world’s largest economies. Russia joined it in 2008 and was to host a summit in Sochi in 2014. However, US and EU leaders snubbed the event, citing the split over the Ukraine crisis, and opted to meet in Brussels in a reduced format.