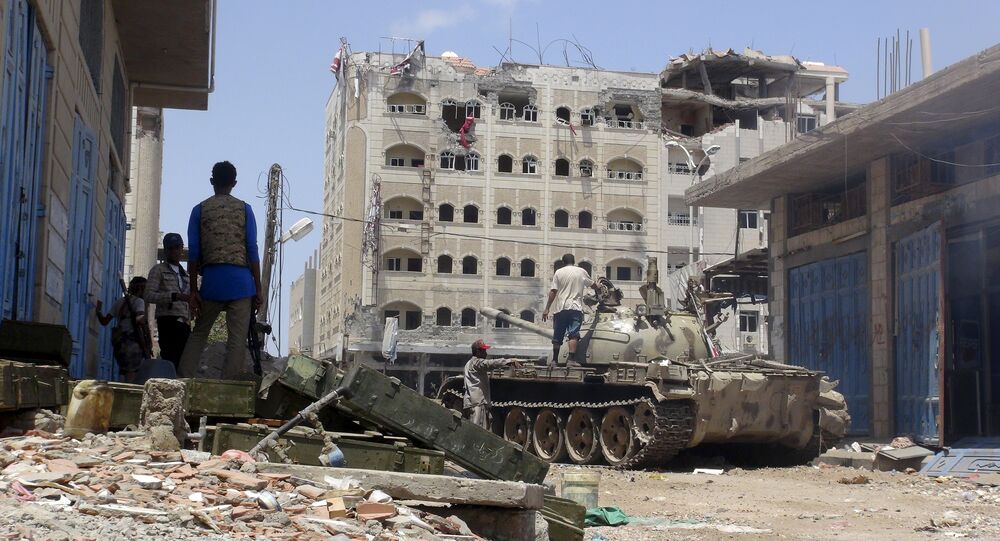 Russian Deputy Foreign Minister Mikhail Bogdanov and his Iranian counterpart Hossein Amir-Abdollahian have called for a political solution to the crises in Yemen and Syria based on broad national dialogues, the Russian Foreign Ministry said in a statement Monday.

MOSCOW (Sputnik) — The diplomats also stressed the importance of maintaining a regular Russian-Iranian dialogue on the whole range of issues on the agenda of the Middle East, the Foreign Ministry said.

"Moscow and Tehran confirmed a common stance that increased efforts are needed to find a political solution to the conflicts in Syria and Yemen in the ways of establishing an inclusive national dialogue involving all the political and ethnic and religious forces of these countries." 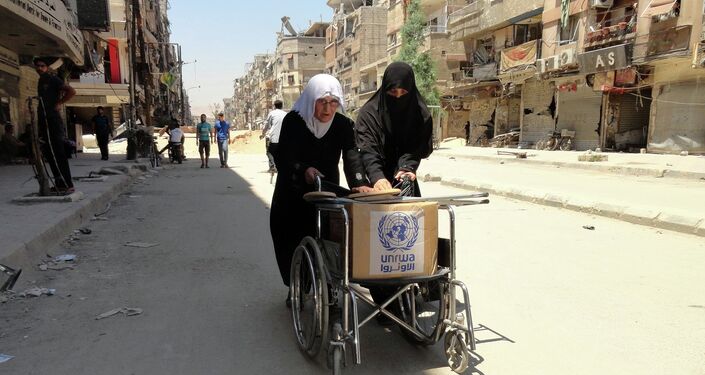 © AFP 2021 / RAMI AL-SAYED
Residents of Syria's Yarmuk Palestinian refugee camp, south of Damascus, use a wheelchair to carry a box of goods distributed by the United Nations Relief and Works Agency (UNRWA) on July 17, 2014

Syria has been in a state of a civil war since 2011, when anti-government protests turned into an armed rebellion. Some 220,000 people have lost their lives in the conflict as insurgent groups, including the Islamic State, are fighting the Syrian government.

Yemen has been in turmoil since early 2015. The conflict escalated in late March, when a Saudi-led international coalition started conducting airstrikes on the position of the Yemen Houthi faction that took control of large areas across the country, including the capital Sanaa, forcing President Abd Rabbuh Mansur Hadi and his government to resign.

At Least 135 Children Killed in Yemen in Two Months - UNICEF