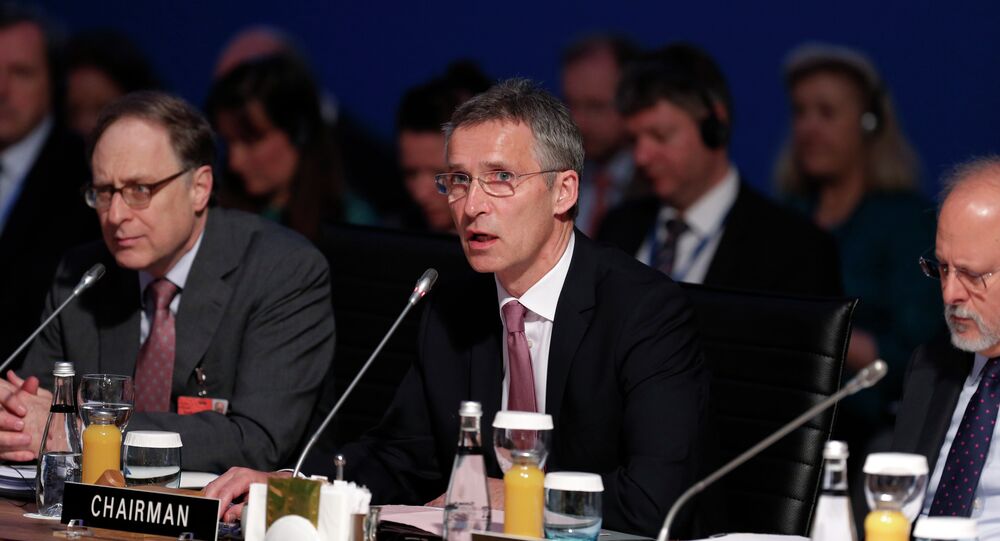 NATO Secretary-General Jens Stoltenberg said that the number of military exercises and patrols on NATO’s eastern border will be increased.

ANTALYA (Turkey) (Sputnik) – NATO has no plans to renew its practical cooperation with Russia regardless of threats from the Islamic State, NATO Secretary-General Jens Stoltenberg said Thursday.

© AFP 2021 / STRINGER
NATO FMs Approve Opening Technical Communications Channel With Russia
“NATO decided last spring to suspend all practical cooperation with Russia as a response to the aggressive actions of Russia in Crimea, in particular the illegal annexation of Crimea. We also decided to keep open for political dialogue….But our decision remains unchanged: Practical cooperation with Russia is suspended,” Stoltenberg told journalists in Turkey where a NATO foreign ministers summit is being held.

Jens Stoltenberg also noted that the number of military exercises and patrols on NATO’s eastern border will be increased.

On Wednesday, the NATO chief expressed support for anti-Russia sanctions imposed by a number of Western nations that accuse Moscow of involvement in the Ukrainian crisis, a claim that Russia denies.

© AFP 2021 / GEORGES GOBET
NATO’s Next Summit Should Be Aimed at Expansion – Turkey
The Russian mission to NATO issued a statement at the close of the the summit's first day, accusing the military bloc of promoting a simplified "black and white" picture of Russian belligerence and NATO's "impeccable" record.

The mission, recently downgraded to 30 representatives, criticized NATO for ignoring Russia's role in enhancing Euro-Atlantic security while downplaying its own military campaigns in the Balkans, Afghanistan and Libya.

The IS, also referred to as ISIS or ISIL, is an extremist organization aiming to establish an Islamic caliphate in territories under its control. It has gained notoriety over the last few years for its multiple executions of foreign hostages as well as attacks on religious and ethnic minorities.