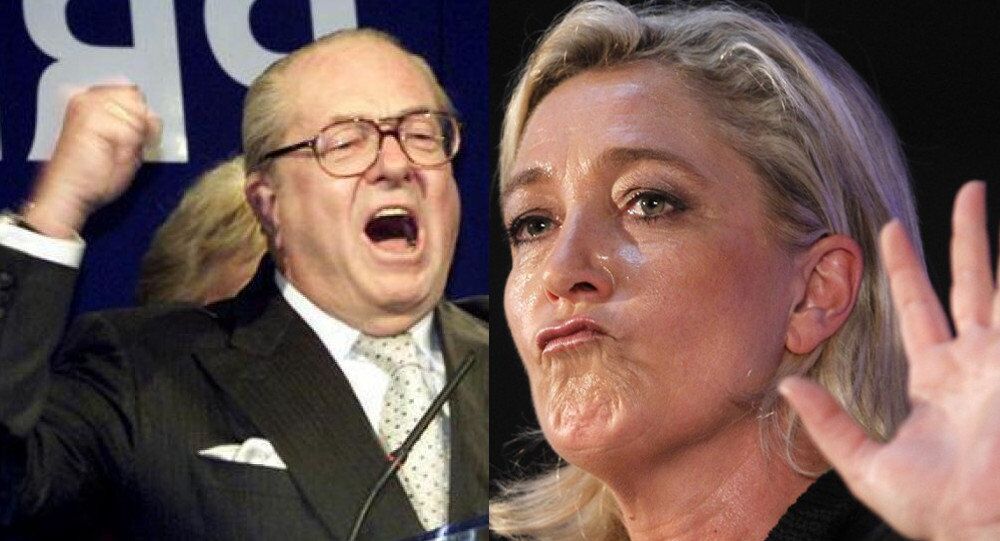 Marine Le Pen, the head of France's National Front party, said Sunday that her father Jean-Marie Le Pen, the party's founder, should not speak in the party's name after his comments on World War II.

© AP Photo / Lionel Cironneau, File
Le Pen Family Discord: Daughter Goes Against Father Over Holocaust Remarks
MOSCOW (Sputnik) — Jean-Marie Le Pen, 86, has had tensions with the party's leadership after he had maken comments suggesting that Nazi gas chambers, used to kill Jews in the Holocaust during the Second World War, had been "merely a detail in the history."

"I think he should no longer be able to speak on behalf of the National Front," Marine Le Pen told Europe 1 radio, iTele TV channel and Le Monde newspaper in an interview.

"I have a feeling that he does not support that National Front continues to exist while he is no longer in charge. I regret this."

On May 1, Jean-Marie Le Pen reportedly walked onto the stage uninvited when his daughter was giving a Mayday address in Paris.

France will hold presidential elections in 2017. Marine Le Pen is expected to make a strong bid in the upcoming vote, as her party was elected second in France's departmental elections in March.