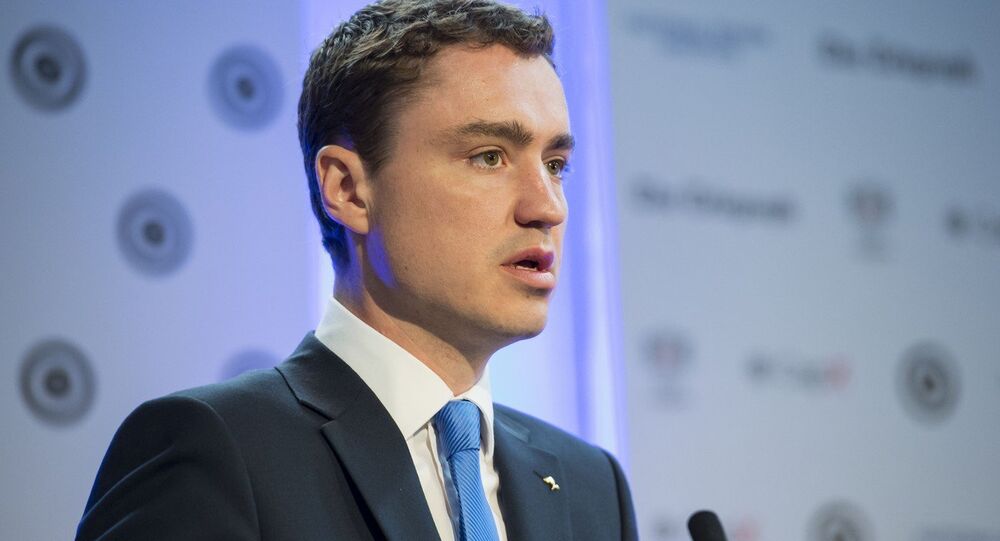 Estonian Prime Minister Taavi Roivas said that EU anti-Russian sanctions will be extended unless Minsk agreements are fulfilled by June.

“I don’t see the possibility that Minsk-2 being fully implemented by June. Sorry to say that, but while that is not done, there will be clearly a rollover,” Roivas said, speaking at the annual Lennart Meri Conference in Tallinn.

© AP Photo / Matthias Schrader
Siemens to Continue Business in Russia Amid Western Sanctions
On March 20, the EU leaders made a political decision to keep economic sanctions against Russia in place until Minsk deal was fully implemented. The leaders tied the sanctions to the fulfilment of the Minsk deal until the end of the year.

The current economic sanctions against Russia, imposed over Ukraine crisis, are set to expire in July. The European leaders have not yet submitted a formal document stipulating prolongation of sanctions.

Moscow has repeatedly denied allegations of any involvement in Ukraine's internal conflict, calling for inter-Ukrainian dialogue and deeming the sanctions counterproductive.

Russian Economy Could Benefit From Lift of Anti-Iran Sanctions - Lavrov