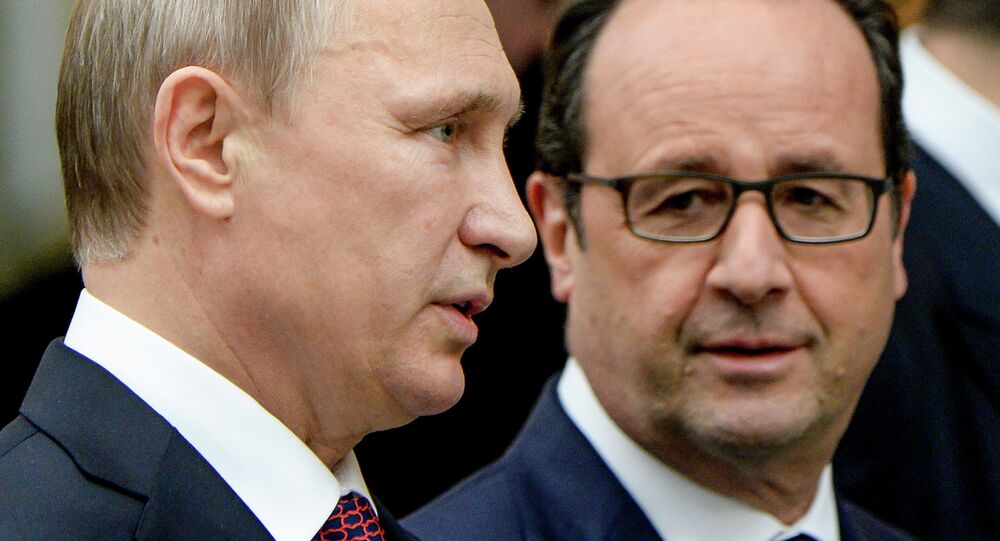 "Unfortunately, our [Russian-French] relations have significantly deteriorated recently, the turnover fell, they are not in their best condition, it is a reason for regret," Putin said.

"We are witnessing that the relations between Russia and the European Union have deteriorated greatly recently due to the Ukrainian crisis," Hollande said during a meeting with Russian President Vladimir Putin, who are both in Yerevan to commemorate the 100th anniversary of the Armenian genocide.

© REUTERS / Grigory Dukor
Kiev Tries to Hammer Another Nail Into Coffin of Minsk Accord
The implementation of the Minsk agreements on Ukraine reconciliation can improve relations between Russia and the European Union, French President Francois Hollande said Friday.

On February 12, a new peace accord was reached in Minsk by the leaders of Russia, France, Germany and Ukraine.

The Minsk deal included a ceasefire, the withdrawal of heavy weapons from the line of contact between the Kiev forces and independence supporters as well as amendments to the Ukrainian constitution.

"In order to find the best way possible out of this situation, it is necessary to implement the Minsk agreements. We have aimed for this, we have worked on these agreements and put in our best efforts to materialize this," Hollande said.