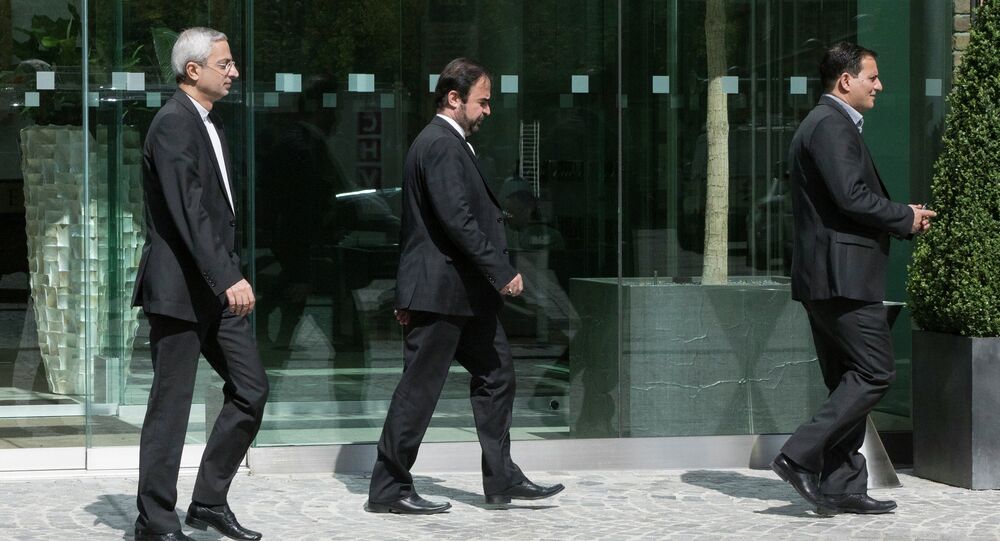 A coordination meeting between the P5+1 group of top diplomats on the Iranian nuclear program has finished in Vienna.

VIENNA (Sputnik) — A meeting between senior diplomats from the P5+1 group of international mediators – the United States, the United Kingdom, Russia, China, France and Germany – was preceded by two days of talks between the countries' nuclear experts.

“The meeting was constructive, the sides have verified their viewpoints,” a source close to the talks told RIA Novosti Friday.

It is expected that the current round of talks will conclude on Friday.

The West has long accused Iran of attempting to develop a nuclear weapon under the guise of a peaceful program. Iran, in turn, has repeatedly stated that the country's nuclear activities are aimed purely at meeting growing energy needs.

On April 2, Iran and the P5+1 group of international negotiators reached a breakthrough political framework agreement on Tehran's controversial nuclear program in the Swiss city of Lausanne.

The deadline for the final comprehensive agreement is set for July 1.