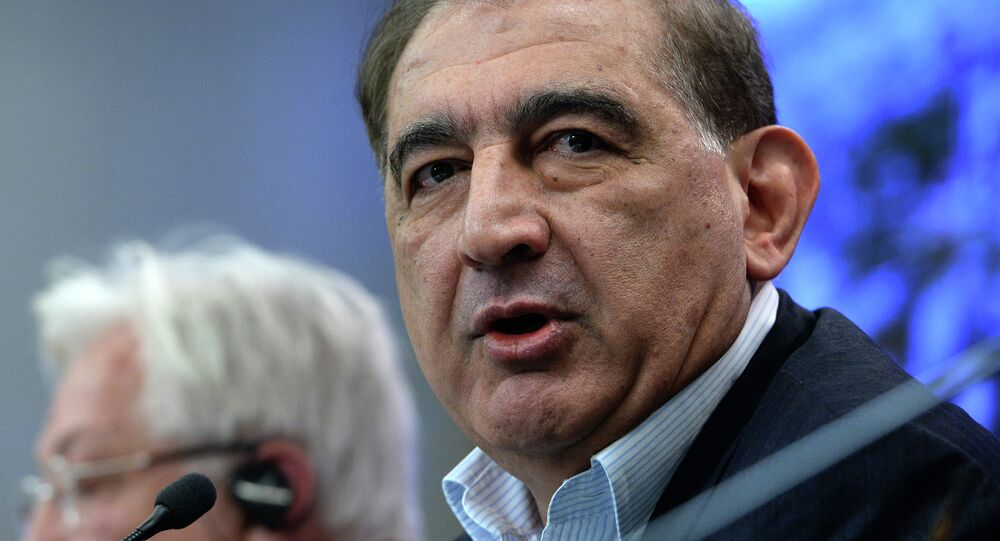 New Round of Syrian Talks to Take Place in May – Opposition

Syrian opposition leader Qadri Jamil said that a new round of negotiations on resolving the Syrian conflict will be held in May.

MOSCOW (Sputnik) — A new round of negotiations on resolving the Syrian conflict will be held in May, Qadri Jamil, a Syrian opposition leader, told Sputnik, citing his UN sources.

Jamil from the Popular Front for Change and Liberation said the negotiations would set the stage for a potential UN-backed international Geneva-3 peace conference.

© AP Photo / Dmitry Lovetsky
Next Round of Intra-Syrian Talks to Be Held in Geneva – Russian Diplomat
According to the opposition leader, around 30 people will be invited to participate in the negotiations, representing Syrian authorities, opposition and international mediators, including Saudi Arabia, Qatar, Turkey and Russia.

Earlier in the day, a Russian Foreign Ministry source told RIA Novosti that another round of intra-Syrian talks would be held in Geneva under the UN aegis.

Syria has been torn by civil war since 2011, with government forces loyal to President Bashar Assad fighting numerous militant groups. According to UN estimates, the conflict has claimed at least 220,000 lives.

The most recent UN-backed Syrian reconciliation conference, the Geneva-2, took place in February 2014, but failed to produce results.

Moscow has hosted two rounds of Intra-Syrian talks. At the second tour of consultations that took place April 6-9, the sides agreed on a 10-point agenda defining a negotiating framework surrounding the talks on the settlement of the Syrian crisis.