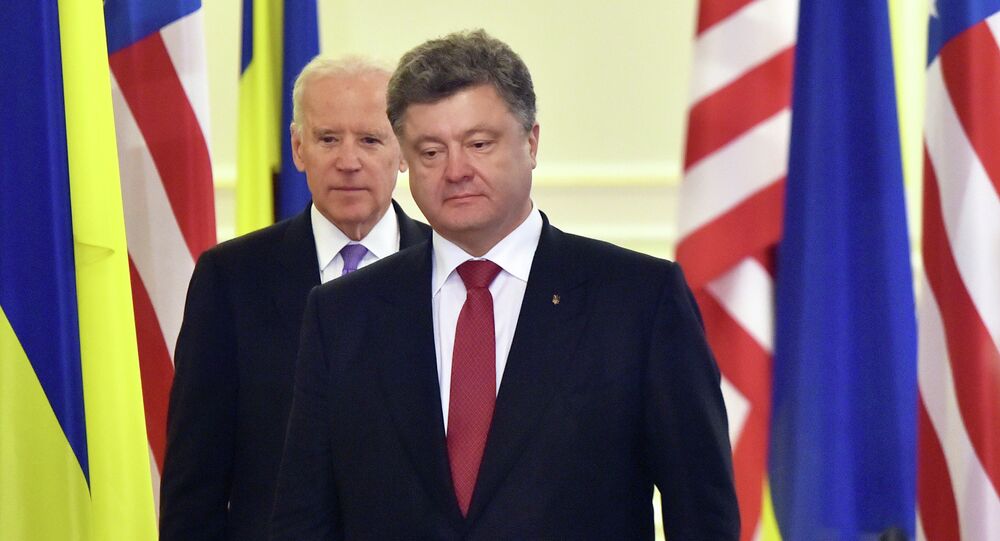 The United States will provide Kiev with $17.7 million in additional humanitarian aid to use towards food, water and shelter, the White House announced in a statement after US Vice President Joe Biden and Ukrainian President Petro Poroshenko spoke over the phone.

WASHINGTON (Sputnik) — The US and Ukrainian leaders also agreed that Russia needs to abide to the terms of the Minsk agreements.

© AP Photo
Germany's Merkel Urged to Stand Firm Against US Interventions in Ukraine
The military operation in Ukraine’s eastern regions began in April 2014, aimed to suppress local independence supporters who refused to recognize a government that rose to power as the result of a coup against the government in February 2014.

A year later, in February 2015, Kiev and independence supporters signed the Minsk agreement, worked out by the leaders of Russia, France, Germany and Ukraine and stipulating a ceasefire in eastern regions, a second such attempt in half a year.

The West has accused Moscow of meddling in Ukraine domestic affairs and escalating the violence in the country by providing military aid to Donbas militias, but the Russian government has repeatedly denied any involvement in the confrontation in Ukraine and made efforts to facilitate the diplomatic solution to the conflict.