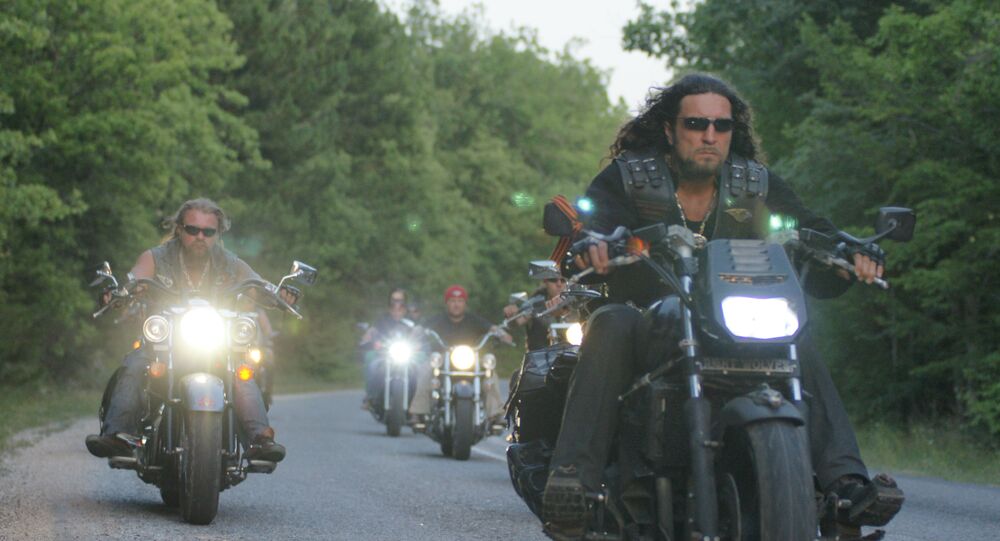 The Polish prime minister has stepped out against a Russian motorcycle club's planned trip through Poland on their way to Berlin for Victory Day, while a well-known group of local bikers has come out in the Russians' defense.

© RIA Novosti . Vasiliy Batanov
Poles Split Over Letting Russian Bikers Pass Through on Ride to Berlin
Polish Prime Minister Ewa Kopacz has come out against the Night Wolves' planned journey through Poland on their way to Berlin, calling the event a 'provocation'.

Speaking to Radio TOK FM on Wednesday, Kopacz called the planned ride, set to begin in Moscow April 25 a provocative action. The prime minister pointed out that according to Poland's Council of Ministers, the Night Wolves have not even yet applied for German visas.

The prime minister noted that "the final decision [on whether or not to ban the Russians entry to Poland] will be made by the border guards." She stressed that if Night Wolves should attempt to threaten the security of Poles in any way, authorities will respond appropriately.

Meanwhile, Polish bikers participating in the annual late summer 'Katyn Raid' Motocross, a 6,000 km tour winding from Poland to Smolensk, would like to join with the Night Wolves, and accompany them through Poland, Katyn Raid commander Wiktor Wegrzyn told Polish Radio. 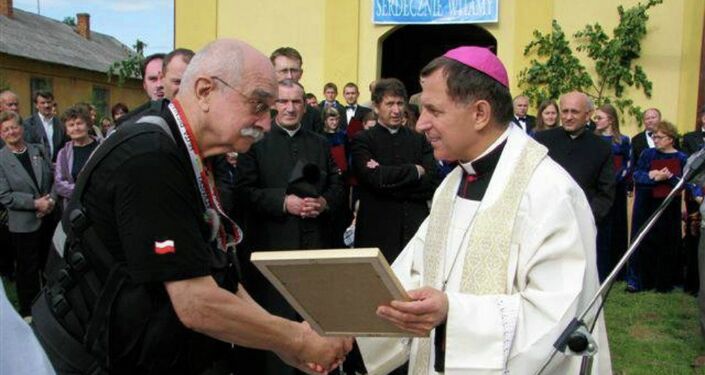 Facebook / Wiktor Wegrzyn
Wiktor Wegrzyn, pictured left, approves of the Night Wolves victory tour, and says Polish bikers are ready to accompany them on their journey through Poland.

"On this matter we have already come to a decision –we want to go with them, and more precisely to join them, and to accompany them through Poland," Wegrzyn stated. The biker noted that he has whole-heartedly supported the Russians' idea from the beginning. "I wrote a letter to the Foreign Minister Grzegorz Schetyna with a request to provide the Night Wolves with free visas," the biker noted.

Wegrzyn added that in light of the fact that the Poles have been organizing their Katyn Raid for over a decade now, the Russians should also have a right to visit historical landmarks. "Motorcyclists participating in the Katyn motocross last year visited Katyn for the 14th time. We visit cemeteries and battle sites. They do the same thing."

Poland's Gazeta Wyborcza newspaper has confirmed that the Night Wolves itinerary appears to include a stop at the Museum of the Auschwitz concentration camp.

In Wegrzyn's words, some Poles' protests against the Russian bikers have been the result of misinformation in the mass media. "A confrontation is being prepared with the Russian bikers, perhaps even a physical confrontation. At the moment, I'm seeing a shocking sense of irresponsibility in our country's media, which is telling Poles that there is a war going on and here are the Russians now already attacking."

The XI Katyn Raid -Cruising down the streets of Moscow with Russian Bikers.

Speaking to Poland's Radio Maryja about the Katyn Raiders' experiences in Russia, Wegrzyn stated that "throughout the route we are met with kindness among motorcyclists, ordinary people and the authorities. When we were in St. Petersburg, authorities closed off intersections so we could freely pass by. We have traveled to Russia for fourteen years now, and no one has ever bothered us. We even went to the place of victory of the Poles over the Russians [near the village of Klushino, Smolensk region], after which the Poles occupied Moscow, and no one disturbed us."

Debate Spills Into the Realm of Politics

© Sputnik / Evgeny Biyatov
Poland Panicked by Proposed Russian Biker V-Day Ride to Berlin
On Tuesday, the debate about the bikers spilled into the political arena on Polish television, with Democratic Left Alliance MP Dariusz Jonski slamming Law and Justice MP Jacek Sasin, who argued that the Russians should be refused entry. Speaking on TVN24's talk program 'Tak Jest', Jonski noted that "the Night Wolves are traveling not only through Poland, but through the Czech Republic, Austria and Germany as well, but only in Poland have we seen such a discussion, such a sense of national hysteria…Do you want to build another wall on the Polish-Russian border? You are sowing so much fear as if a Third World War has begun."
...
Reddit
Google+
Blogger
Pinterest
StumbleUpon
Telegram
WhatsApp
274
Topic:
Russian Bikers' Victory Day Ride to Berlin (29)