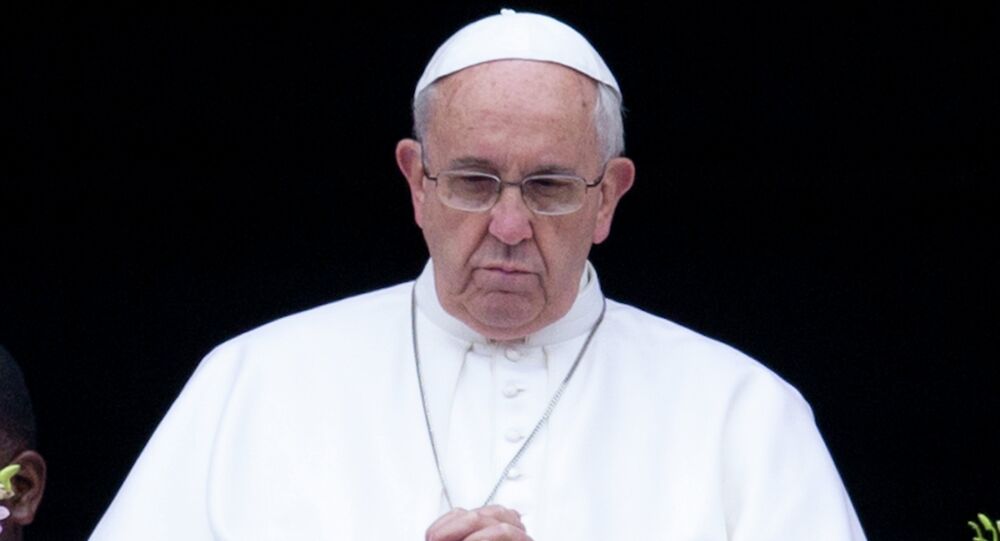 The Vatican is refusing to accept France's nomination for new ambassador to the country because he is gay.

MOSCOW (Sputnik) — The Vatican is blocking the nomination of the French ambassador to the country due to the fact that he is gay, French media reported.

Laurent Stefanini was nominated by President Francois Hollande on January 5. According to the media, it usually takes about a month for the Vatican to approve the new envoy, but the Holy See has not made a decision yet. The Vatican reportedly does not issue rejections explicitly, but the prolonged "period of silence" could be interpreted as a rejection.

The media claims that the reason for Pope Francis not approving Stefanini is that the nominated ambassador is gay. Stefanini has been described in the media as the perfect candidate for the role.

Pope Francis has an image of being more tolerant towards gay rights as opposed to his predecessors. According to the Guardian newspaper, when asked about Vatican's "gay lobby," the Pope replied with "if a person is gay and seeks God and has goodwill, who am I to judge?"

Although there were homosexual diplomats stationed at the Vatican before, no ambassador in that position has been openly gay.