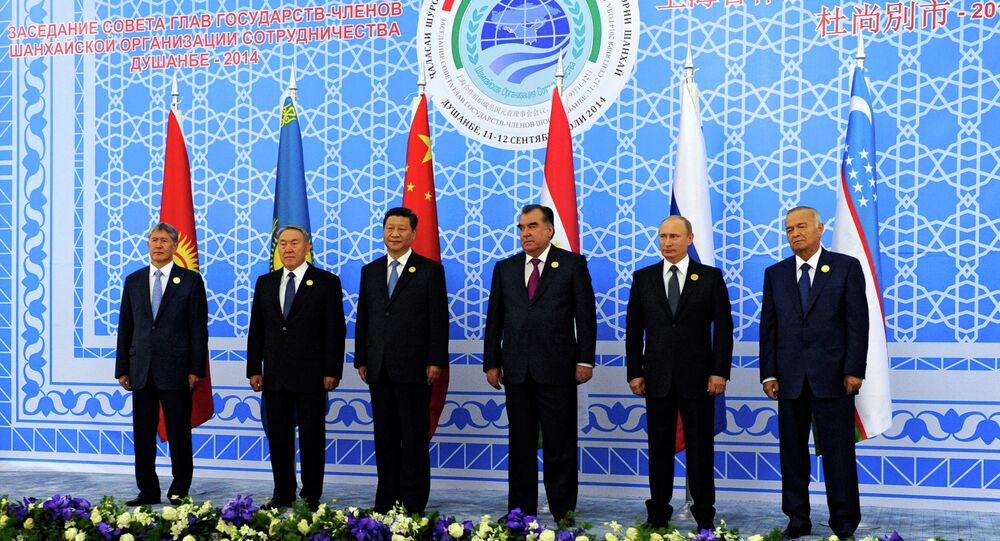 "If Iran joins the organization, it will help enhance its weight, broaden the scale of multilateral cooperation and boost the SCO's influence on participation in the issues of international agenda," Mezentsev said.

The SCO Secretary General added that Iran could help strengthen the ties between the member states "in the spheres of tourism, cultural and humanitarian as well as trade and economic cooperation."

© AP Photo / Rudi Blaha
Tehran Membership in SCO to Boost Iran Economic Ties With Asia
The SCO is a Eurasian political, economic and military organization which was founded in 2001 by the leaders of China, Kazakhstan, Kyrgyzstan, Russia, Tajikistan, and Uzbekistan.

Iran has been an observer state in the SCO since 2005 and will be able to apply for full membership after the United Nations lifts sanctions imposed on Tehran over its nuclear energy program.

Last week, Tehran promised to cut back its uranium enrichment and decrease the number of centrifuges in the country as part of a framework deal with the P5+1 group.

In return, the United States and the United Nations will lift their nuclear-related sanctions after International Atomic Energy Agency verifies Tehran's implementation of the agreements.