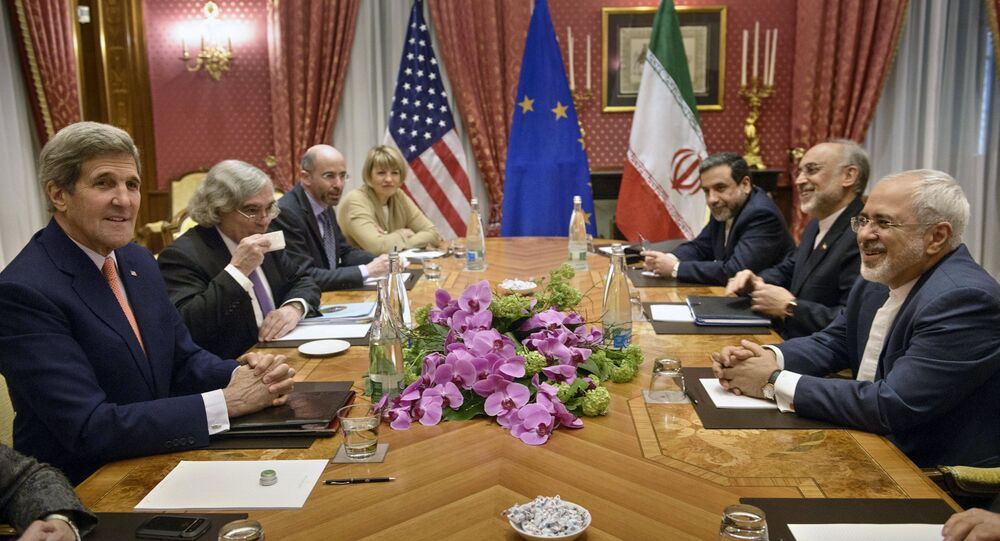 All participants of the talks between Tehran and the P5+1 group on Iran's nuclear program confirmed a fundamental commitment to achieving a comprehensive settlement of the situation over the next few days, according to statement of the Russian Foreign Ministry.

© REUTERS / Brendan Smialowski/Pool
P5+1, Iran Nuclear Program Talks in Lausanne Positive, Results Premature
MOSCOW (Sputnik) — All parties to the talks underway in the Swiss city of Lausanne on Iran's contested nuclear program are determined to achieve an exhaustive arrangement in the next few days, the Russian Foreign Ministry said in a statement Monday.

"All participants noted significant progress made in the negotiating process and confirmed a fundamental commitment to achieving a comprehensive settlement of the situation around Iran's nuclear program over the next few days," the ministry said.

Russia is one of the countries in the P5+1 group, which also includes the United States, the United Kingdom, France, China and Germany. The group is currently in Lausanne, holding a new round of negotiations on Tehran's nuclear program with Iran.

The group and Tehran have held several rounds of negotiations since November 2013 with limited success. March 31 is the deadline for reaching a framework for comprehensive deal on the nuclear issue. The deal itself is expected to be reached by the end of June, 2015.

The West accuses Iran of trying to develop nuclear weapons and imposed several rounds of sanctions against it. Tehran repeatedly denied those accusations, stating its uranium enrichment program was for civilian purposes only.