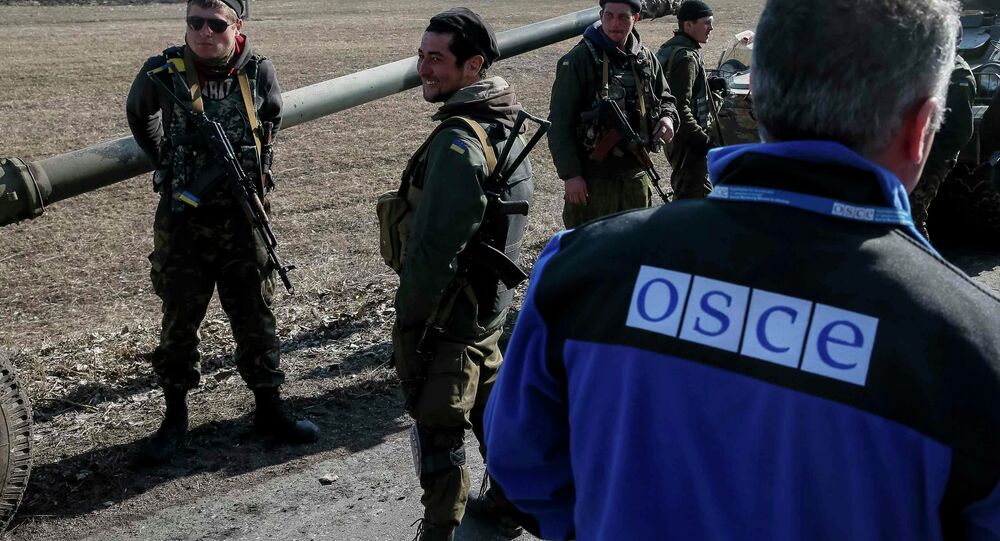 OSCE Secretary General Lamberto Zannier said that OSCE faces blockages from the both sides of the Ukrainian conflict during their monitoring mission in the country.

OSCE has been tasked with monitoring the conflict between independence supporters in Eastern Ukraine and the Kiev government forces, and with facilitating dialogue between the warring sides.

OSCE experts currently monitor the implementation of the Minsk ceasefire agreements reached last month between Kiev authorities and the self-proclaimed people's republics of Donetsk and Luhansk.

All formal residents of Eastern Ukraine, including refugees and the displaced, should be able to take part in elections, Lamberto Zannier said.

"It's very important that all the displaced people and refugees can vote and they should be able to vote,” Zannier stated on Tuesday. “So, the organization of the elections should be important.”

The OSCE Secretary General said that there has been some progress in the Minsk agreement implementation, including the withdrawal of heavy weapons.

Zannier stressed, however, that there is a lot more that remains to be done, including to stabilize the ceasefire in light of sporadic clashes on both sides, and to release all the prisoners.

"There are still too many people held, and they should be released,” he said.