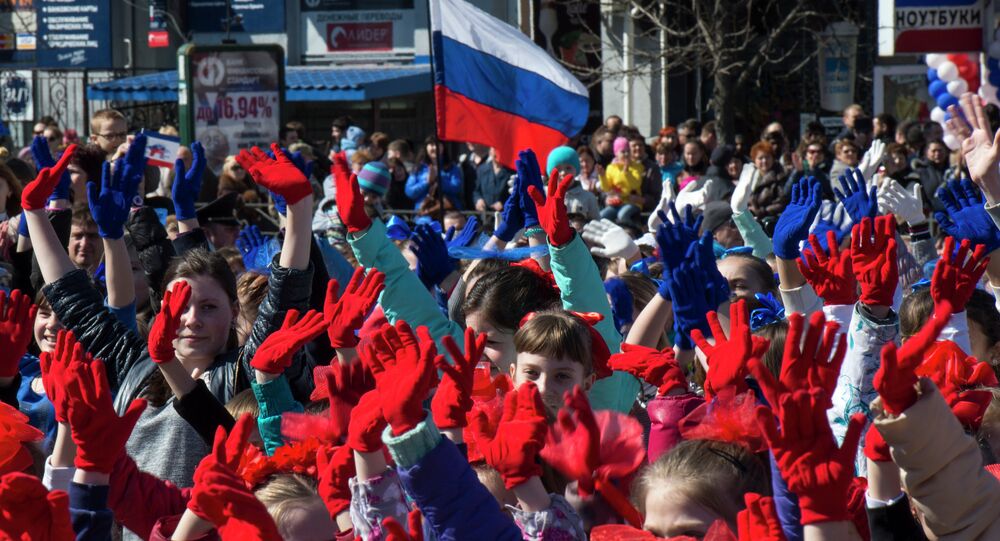 The population of Crimea benefited from rejoining Russia in a referendum last March, Vice Chairman of the Czech Party of Civic Rights Miloslav Sousek told Sputnik on Monday.

MOSCOW (Sputnik), Alexander Mosesov — The party's vice chairman, who was one of the international observers that traveled to Crimea back in 2014, added that the local people whom he talked to "did not want to cooperate with Ukraine and wanted to join Russia."

© AP Photo / Cliff Owen
Crimea Blockade to Continue Until It Becomes Part of Ukraine - US Senators
March 16 marks the first anniversary of the historic referendum reunifying the Black Sea peninsula with Russia after a referendum, which found that over 96 percent of Crimean voters supported the motion.

“As I see the situation today and as I compare the situation in Donbas and in Crimea, I’m sure Crimean people are the winners,” Sousek told the news agency.

Western countries have refused to recognize the results of the vote, labeling Crimea's secession an "annexation." In a speech following the referendum, Russian President Putin pointed out that it was held in full compliance with democratic procedure and international rule of law.

West to Recognize Crimea Only if Ruling Elites Change