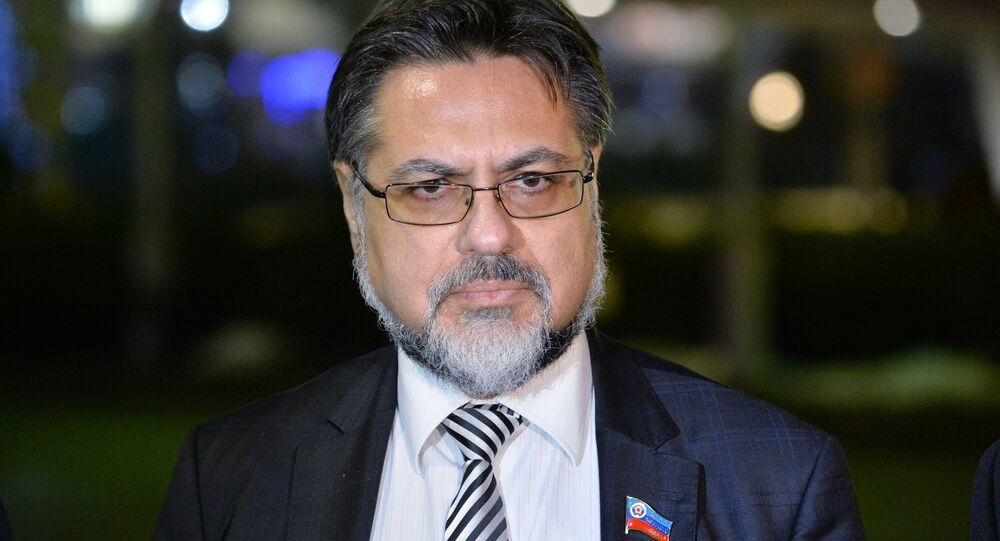 LPR negotiator Vladislav Deinego said that unwillingness of some members of the Ukrainian parliament to discuss local elections in Donbas with DPR and LPR violates the Minsk agreements.

"Representatives of two influential fractions openly state that they have their own vision of how they [elections] should be [conducted]. And this vision runs counter to the Minsk agreements," Deinego said, stressing that the situation in the Ukrainian parliament, known as the Verkhovna Rada, demonstrates the Kiev authorities' unwillingness or inability to peacefully resolve the Donbas crisis.

© AFP 2020 / BRENDAN SMIALOWSKI
US, EU to Maintain Pressure on Russia Over Ukraine - Obama
Earlier, some members of the Verkhovna Rada from the nationalist Radical Party and the party of the Ukrainian president, the Poroshenko Bloc, announced that they were against conducting negotiations with DPR and LPR regarding local elections in southeastern Ukraine.

Last month, the speaker of the Verkhovna Rada Volodymyr Groysman said that Kiev was only going to organize state-wide elections in Ukraine this fall and was not going to make any separate rules for Donetsk and Luhansk.

Meanwhile the Minsk agreements, signed on February 12, stipulate that Kiev authorities would conduct constitutional reforms in the country and work on the decentralization of power in Ukraine, which implies more liberal arrangements for the eastern Ukrainian regions of Donetsk and Luhansk.

A law granting "special status" and broader autonomy to parts of the breakaway regions was introduced by Kiev last fall, but was abolished shortly afterward.