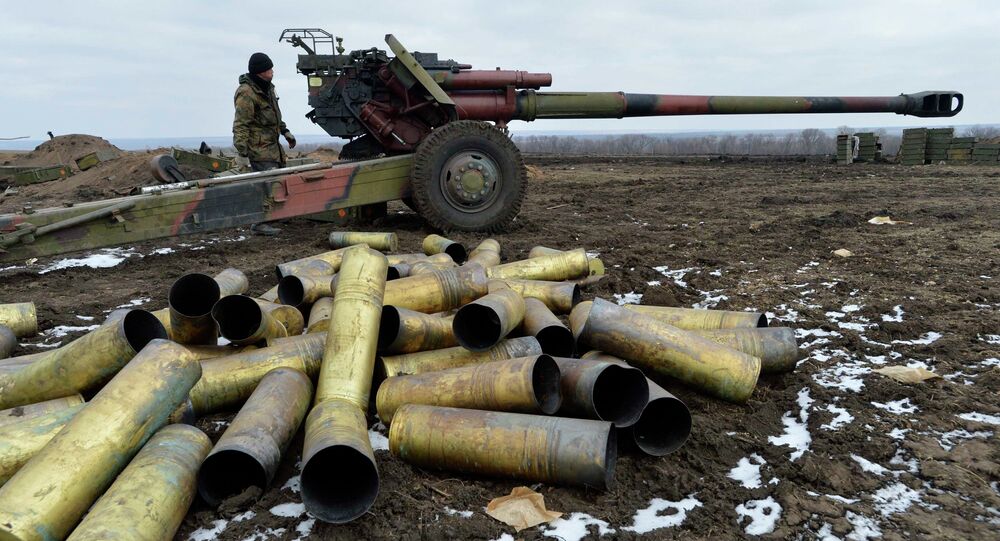 Interests of all nations, regions and political forces in Ukraine should be taken into account, the speaker of Russia's State Duma said.

"The Ukrainian crisis is a huge risk for international security, first of all for the security of the European continent," Naryshkin said, adding that ways out of the crisis have been outlined in the last Minsk agreement.

Earlier in February, the leaders of Russia, Ukraine, France and Germany reached a deal on Ukrainian reconciliation. The plan stipulates ceasefire in eastern Ukraine, withdrawal of heavy weaponry, as well as constitutional changes, including the de-centralization of power in the country and giving special status to some parts of the Donetsk and Luhansk regions.

What do you think is the most important event of the week?
Voted: 971
All polls
"Full restoration of peace will only be possible through political dialogue… Of course, at the center of the dialogue should be constitutional reforms and the future model of Ukraine's government structure which would take into account the interests and needs of all the nations, different regions and political forces of the country," the Russian politician said.

He noted that regardless of the way the new model of the government is called, it should imply the "serious delegation of power."

Kiev started military action in southeastern Ukraine in mid-April, 2014, in response to local residents' refusal to recognize the new government, which came to power as a result of a coup in February. The Ukrainian conflict has taken the lives of almost 5,700 civilians.