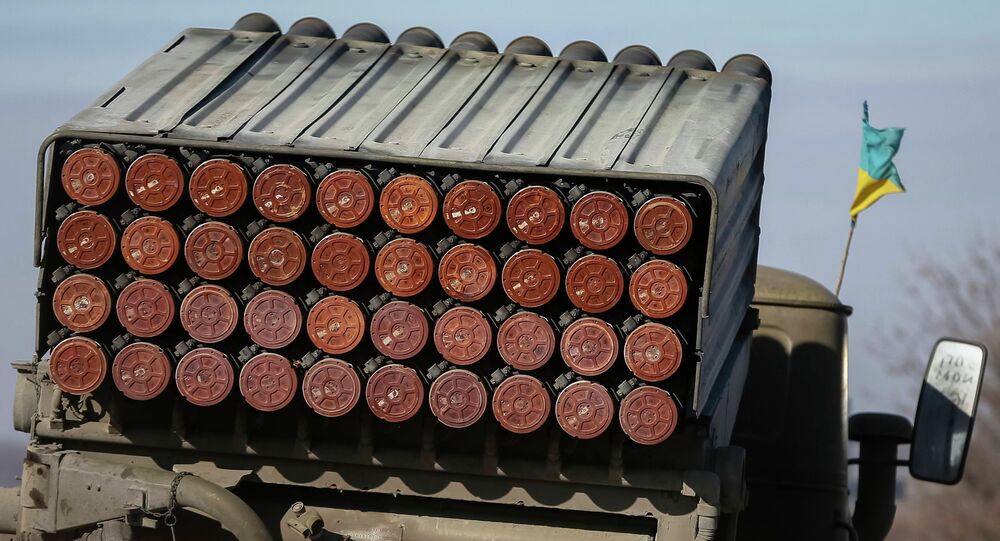 Heavy Weaponry Withdrawal to Start in Donbas on Sunday - Reports

Representatives of the Donbas self-proclaimed people's republics have signed documents on the withdrawal of heavy arms from the region.

"An hour ago Russian representative at the Joint Centre for Control and Co-ordination [JCCC], [Lt. Gen.] Alexander Lentsov signed documents on the withdrawal of heavy arms [from Donbas] with [DPR leader Alexander] Zakharchenko and before that with [LPR head Igor] Plotnitsky," Petro Kanonik, a Ukrainian representative at the JCCC, said Saturday as quoted by Ukrainska Pravda.

Plotnitsky signed a heavy weaponry withdrawal plan along with representative of the Ukrainian armed forces at the JCCC, Maj. Gen. Oleksandr Rozmaznyn, on Friday.

The pullout of Kiev's and Donbas militia's heavy weaponry from the contact line is one of the measures agreed upon by the leaders of Russia, Ukraine, France and Germany in Minsk earlier this month.

What do you think is the most important event of the week?
Voted: 1
All polls
According to the Minsk agreements, the withdrawal must start no later than the second day after the beginning of the ceasefire and has to be completed in a 14-days period. It is to be monitored by the Organization for Security and Co-operation in Europe (OSCE).

The ceasefire in Donbas entered into force on February 15, and, according to OSCE, it has been generally observed.

On Saturday, Alexander Hug, the deputy chief monitor of the OSCE mission in Ukraine, stressed that the organization still needs to receive an inventory of heavy weapons and their present and future locations from both the Kiev forces and independence fighters.