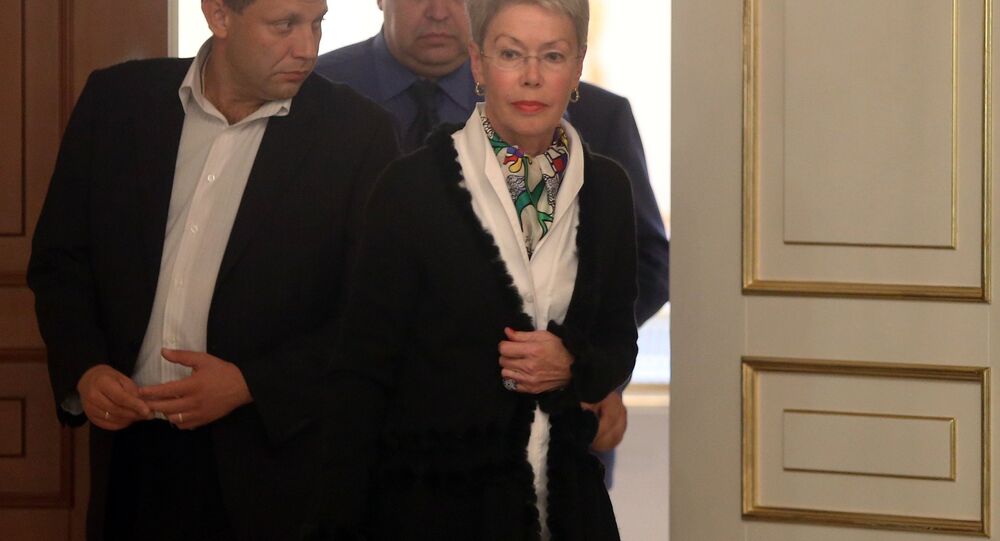 The Organization for Security and Co-operation in Europe stated that the Trilateral Contact Group held on Saturday a round of video-conference consultations with representatives of Donbas, aimed to de-escalate ongoing hostilities in the the towns of Debaltseve and Mariupol.

© AP Photo / Sergei Chuzavkov
Kiev Betrayed 5,000 Soldiers Encircled in Debaltseve - Donetsk Leader
MOSCOW (Sputnik) — The Trilateral Contact Group held on Saturday a round of video-conference consultations with representatives of Donbas, the Organization for Security and Co-operation in Europe (OSCE) said in a statement on its official website.

"It was agreed that all actors will undertake all necessary measures aimed at achieving … the speedy de-escalation of ongoing hostilities in the conflict zone, in particular in the vicinity of the towns of Debaltseve and Mariupol, which have seen the heaviest fighting in recent days," the statement read.

The Trilateral Contact Group will carry out consultations on a regular basis with Donbas representatives aiming at the full implementation of the Minsk Agreements, it was said in the statement.

The parties stressed the necessity of full respect of the ceasefire, which is due to come into force at midnight local time on February 15 (February 14, 10:00 p.m. GMT).

Kazakh Capital Could Host Next 'Normandy Four' Talks on Ukraine