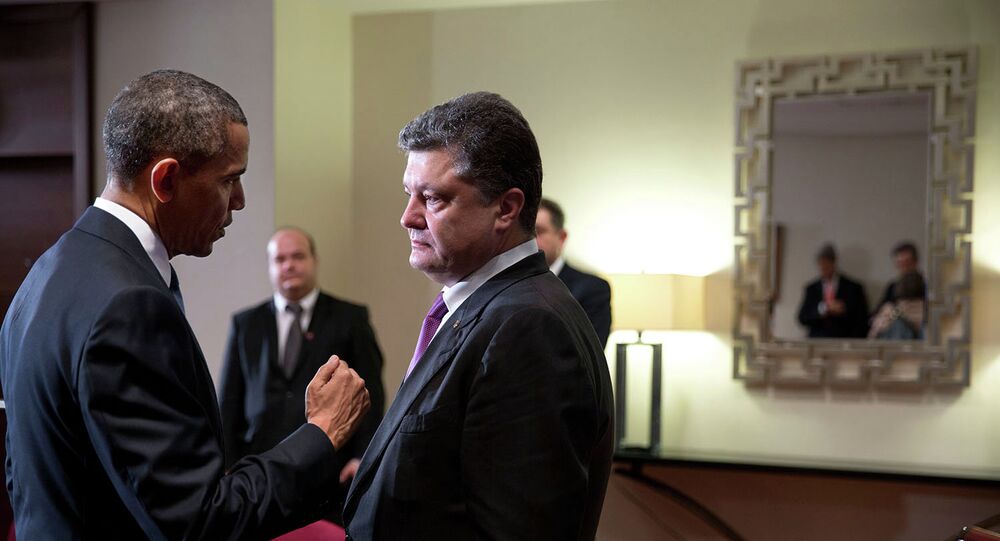 “Interlocutors discussed situation in Donbas and expressed concern about the events unfolding around Debaltsevo,” the statement published on Poroshenko’s official website read.

“The President of Ukraine stressed the necessity of OSCE monitoring to confirm the ceasefire. Petro Poroshenko and Barack Obama also agreed on further coordination of efforts in case of escalation,” the statement concluded.

© REUTERS / Mikhail Palinchak
'Normandy Format' Leaders Stress Importance of Observing Minsk Agreement
The conversations were held ahead of a ceasefire in southeastern Ukraine, which is due to come into force at midnight local time on February 15 (February 14, 10:00 p.m. GMT).

The leaders of Ukraine, France, Germany, and Russia held a 16-hour summit in Minsk on Wednesday and early Thursday. The talks resulted in a new political deal, aimed at stopping the deadly conflict in eastern Ukraine.

Lukashenko? No Wait, Poroshenko? 'The Economist' Mixes Up Two Leaders