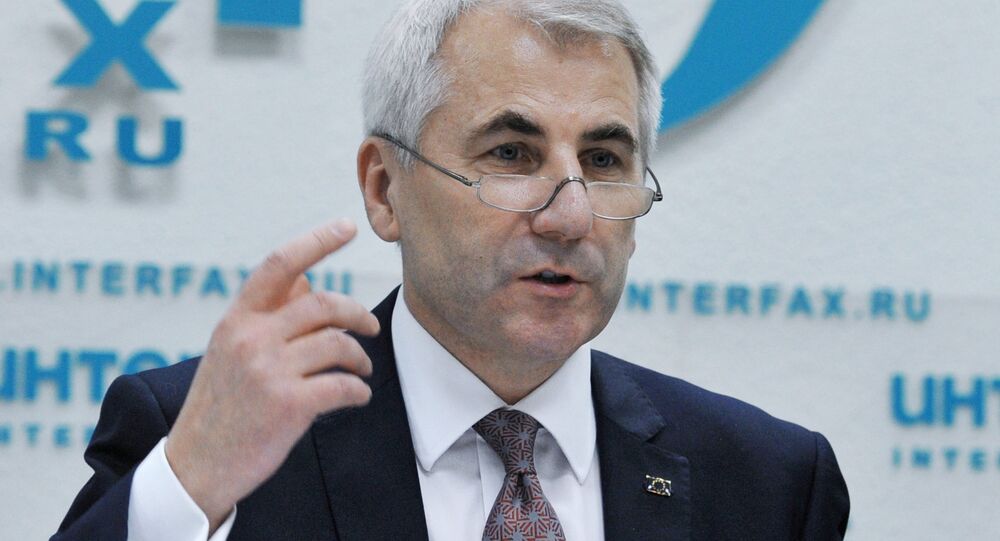 The role of Russia as a transit country in the 'silk road' trade between China and the EU will continue growing, the head of the European Union's delegation to Russia said.

© Sputnik / Alexei Babushkin
Chinese 'Silk Road' Initiative to Diminish US Role in Eurasian Region
MOSCOW (Sputnik) — The European Union is seeking ways of developing relations with Russia, the head of the European Union's delegation to Russia said in an interview with Lithuanian magazine Veidas Friday.

“We are seeking ways of developing our relations with Russia, which is our neighbor and will remain one. The EU is linked with the country in energy and trade areas,” Vygaudas Usackas said.

“The neighbor market of more than 142 million residents will always be attractive to Europeans. The role of Russia as a transit country in the 'silk road' trade between China and the EU will continue growing,” the magazine cited Usackas as saying.

© REUTERS / Wu Hong/Pool
China Announces New 'Silk Road' Through Russia, India
The EU takes into consideration the fact that Russia is a member of the United Nations Security Council, the envoy said, adding that even during a political crisis the EU and the US maintain relations with Russia on significant issues.

Relations between Russia and the European Union deteriorated following the start of the armed conflict in eastern Ukraine in 2014. The bloc, as well as a number of other states, accused Moscow of interfering in Ukrainian internal affairs and imposed several rounds of sanctions against Russia.

Russia to Give ‘Adequate’ Response to NATO’s Expansion