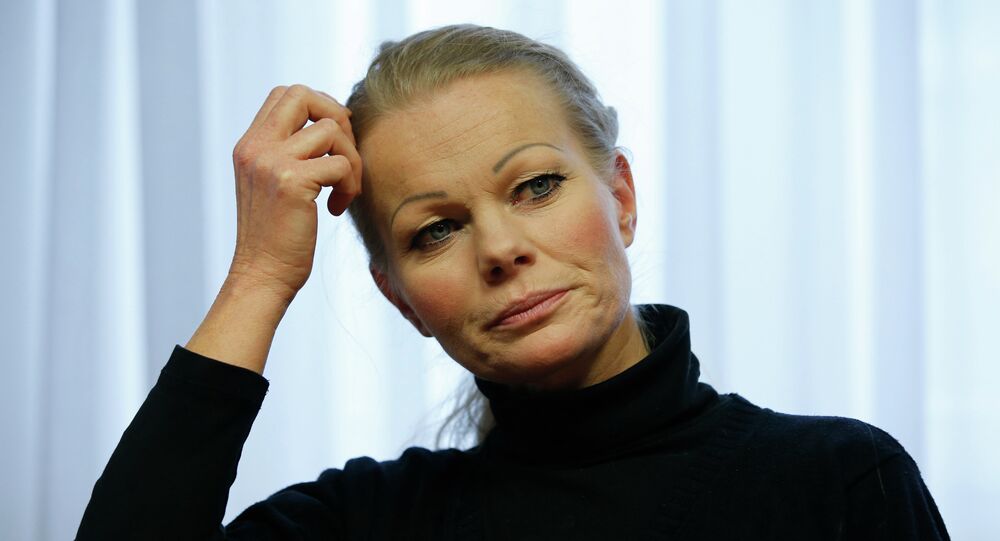 © Flickr / Till Westermayer
Students Against Pegida: We Want a Different Society!
MOSCOW, February 2 (Sputnik) — Kathrin Oertel, a former spokeswoman for Germany's PEGIDA movement, told the press on Monday that she would begin to create a new organization, 'Direct Democracy for Europe' (DDE), that would promote conservative values and campaign for more political referendums in the country.

The new force, positioned to the right of Chancellor Angela Merkel's governing center-right Christian Democratic Union, is set to hold demonstrations similar to those held by Pegida, the 'Patriotic Europeans Against the Islamization of Europe'. The latter has been described as a xenophobic, anti-immigration and anti-Islamic movement. It gained popularity Germany in 2014 and early 2015 before running into scandal after co-founder Lutz Bachmann was featured posing as an Adolf Hitler lookalike, and making incendiary anti-immigrant comments on Facebook referring to them as "trash" and "cattle". Bachmann has since resigned, as have five of the organization's leaders, including Oertel.

The new organization is expected to stay away from Pegida's anti-immigrant emphasis, and focus instead on conservative values in politics more broadly.

Last week, Rene Jahn, another Pegida member who jumped ship following the Bachmann scandal, noted that "we are trying —us five —because we've had an overwhelming amount of support from citizens…and we are working as fast as possible to create a new manifesto," TheLocal.de reported.

© REUTERS / Fabian Bimmer
German Right-Wing Eurosceptic Party Restructures, Touts 'Professionalism'
DDE is set to stage its first demonstration in Dresden on Sunday. This week's Pegida demonstration (which had been gathering every Monday), was canceled following the collapse of the leadership, although its remnants have promised to resume demonstrations next Monday.

Pegida reached the height of its popularity occurred on January 12, 2015, when an estimated 25,000 people gathered in Dresden to march in the wake of the deadly terror attacks in France. Pegida originated in the city as an anti-immigrant and anti-Islamization movement in 2014. It has since spread to other cities in Germany, especially in the country's east, and to other European countries, including Denmark, Norway, Spain, Switzerland and the United Kingdom.