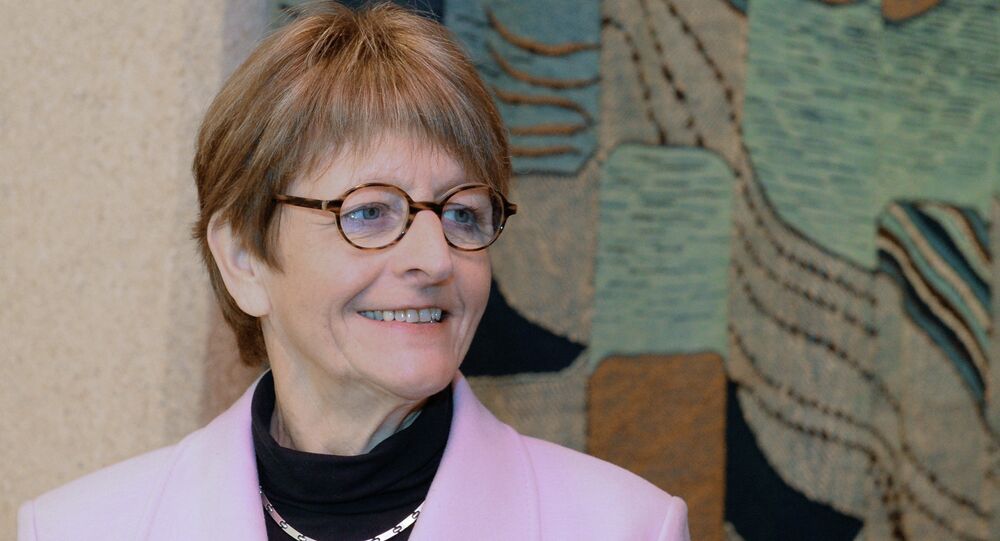 The Parliamentary Assembly of the Council of Europe (PACE) vowed to cancel Russian voting and participation restrictions in April, if some progress is made on the Ukrainian issue.

© AFP 2021 / PATRICK HERTZOG
PACE President Calls for Continuation of Dialogue With Russia
STRASBOURG, January 29 (Sputnik) — Parliamentary Assembly of the Council of Europe (PACE) will cancel its restrictions for Russia to vote and participate in the Assembly's work in April, in case it sees progress on the Ukrainian issue, PACE President Anne Brasseur said Thursday.

"In April we will reevaluate if some progress [on Ukrainian reconciliation] has been made. And if progress is achieved, PACE will cancel its restrictions," Brasseur told the reporters.

Dutch Delegate Considers Depriving Russia’s PACE Delegation of Voting Rights Pointless
On Wednesday, PACE adopted an amendment restricting Russia's right to vote and participate in the work of the Council of Europe until April, accusing Moscow of participating in the military conflict in the southeast of Ukraine, which Russia has repeatedly denied. In response, the Russian delegation suspended its activities in the Assembly until the end of 2015.

In April 2014, the Assembly approved a resolution, banning Moscow's delegation from voting and participating in the work of PACE governing bodies until the end of the year, following Crimea's reunification with Russia and the military conflict in Ukraine.

The Russian delegation walked out of PACE's spring session, and did not attend the summer session in protest.