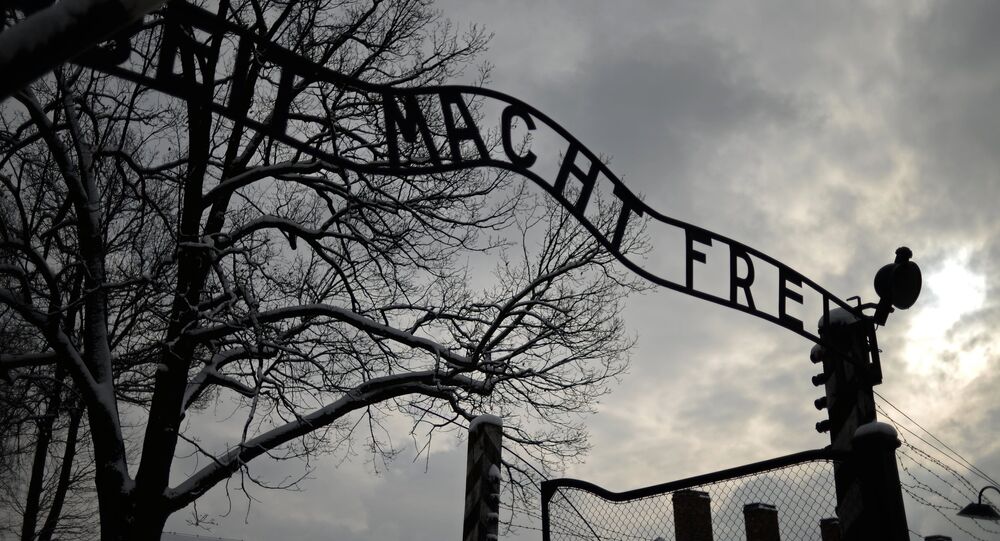 In the wake of International Holocaust Remembrance Day, Polish Ambassador to Russia says Poland has a "radically" different interpretation of World War II from that of Russia. Last week, Polish foreign minister caused outrage among Russian leadership, after he dismissed the role of Soviet Army's liberation of the Auschwitz concentration camp.

"There are elements where history is common, but our interpretation and emotional attitude toward them are radically different," Pelchinska-Nalecz said in an interview with Sputnik.

© Sputnik / Vladimir Fedorenko
Senior Russian Official Warns Against Distortion of WWII Events
In a separate interview with RIA Novosti, the ambassador stressed that there is a fact-based approach that fosters free discussion of historical events in Poland.

"The official interpretation of history, a single and unitary official position on one fact or another may limit discussion restricting access to these facts, to free pluralistic, as well as scientific, thinking about our past," Pelchinska-Nalecz said.

Last Wednesday's comments made by the Polish foreign minister dismissing Russia's role in the Soviet Army's liberation of the Auschwitz concentration camp caused outrage among Russian leadership. Ukrainian Prime Minister Arseniy Yatsenyuk remarked on the "Soviet invasion [of] Ukraine and Germany" in a visit to Berlin earlier in January.

In December 2014, Ukraine voted against the UN General Assembly resolution on fighting the glorification of Nazism.

© AP Photo / Sergei Karpov
WWII Veterans Ask Merkel to Explain Western Silence Over Nazism in Ukraine
Moscow has repeatedly emphasized the widespread outbursts of neo-Nazism and aggressive nationalism in Ukraine. Russia has also drawn attention to the active involvement of far-right groups in the February coup in Kiev and questions the new Ukrainian government's military assault on the predominantly Russian-speaking southeast of Ukraine two months later.

Tuesday marks International Holocaust Remembrance Day, commemorating the millions of victims of one of the most appalling crimes in the history of mankind.

On January 27, 1945, Soviet troops entered southwestern Poland, liberating 7,600 prisoners from Auschwitz-Birkenau. The Nazi camp — which has become the biggest and most notable symbol of the Holocaust — now houses the Auschwitz-Birkenau State Museum. Some 300 survivors and senior politicians from nearly 40 countries are expected to attend the remembrance event.

Russia is represented at the commemoration by the Chief of Staff of the Presidential Executive Office, Sergei Ivanov.