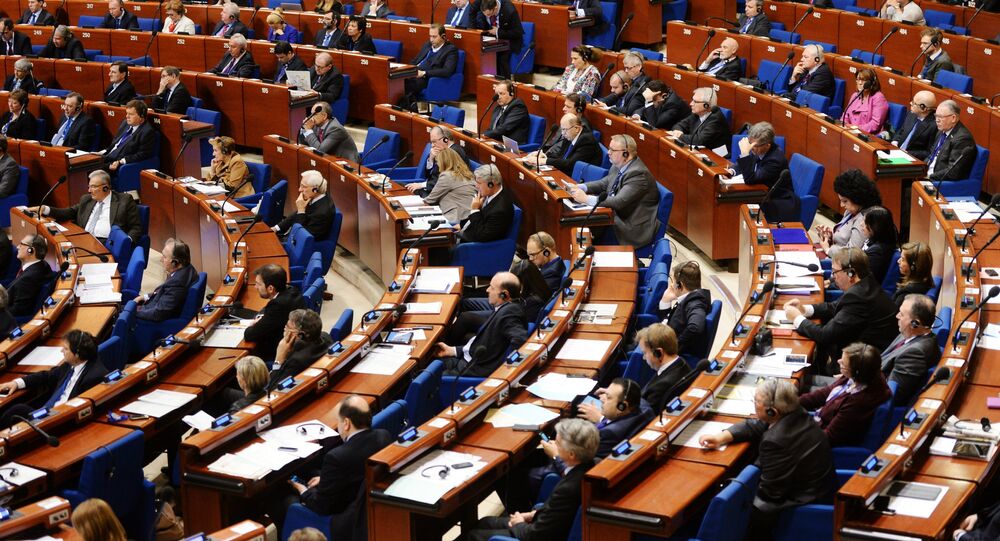 So far PACE's monitoring committee has voted to return Russia its voting rights; however, the finalal decision will be made during a full PACE plenary meeting.

"Russia's right to vote in PACE has been preserved, as well as the right to participate on the governing bodies," Pushkov told journalists.

The Austrian delegate and of the head of monitoring committee, Stefan Schennach, suggested three limitations on Russia, which include that it cannot be appointed a rapporteur, cannot participate in elections monitoring committees, and Russian representatives cannot represent PACE in other bodies such as the Venetian Commission.

"These are the sanctions of low efficiency which do not prevent Russia from working inside PACE, while the lack of the right to vote or to participate in governing bodies deprive of the full participation in PACE," Schennach said.

So far PACE's monitoring committee has voted to return Russia its voting rights; however, the finalal decision will be made during a full PACE plenary meeting.

© Sputnik / Vladimir Fedorenko
Russian Delegation to Stay for PACE Session if Sanctions Not Renewed
But the monitoring committee decision is not final…. Everything will be decided on the plenary sitting," he added.

The plenary sitting for Russia's credentials will be held on Wednesday evening.

Russia's voting rights were suspended in light of Crimea's reunification with the country in March 2014. The Russian delegation then walked out of PACE's spring session and refused to attend the summer session in protest.

PACE's five-day winter session started on Monday. In addition to the Russian delegation's credentials, the meeting's agenda is expected to include the humanitarian situation in Ukraine and the January 7 terrorist attacks in Paris.