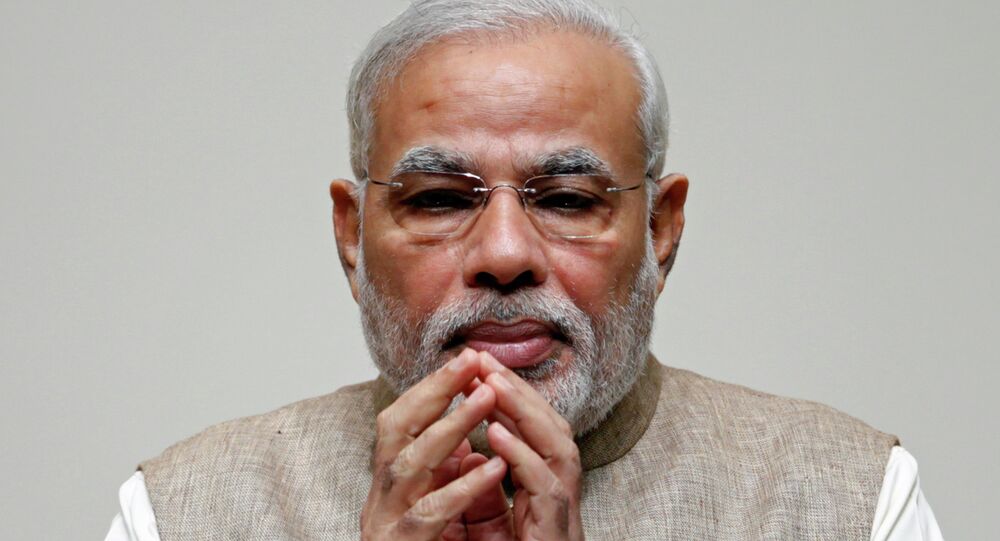 Indian Prime Minister Narendra Modi plans to come to Russia for the 7th BRICS summit and the bilateral Annual Summit later this year.

Modi revealed his intention to visit Russia during a meeting with the Russian Defense Minister Sergei Shoigu on Wednesday.

“Prime Minister conveyed that he looked forward to visit Russia later this year for the 7th BRICS summit and for the bilateral Annual Summit,” the statement reads.

Shoigu is in India for the 14th Inter-Governmental Commission on Military and Technical Cooperation, aimed at boosting Russia’s military and counterterrorism cooperation with India.

Earlier on Wednesday, the Russian Defense Minister met with his Indian counterpart, Manohar Parrikar, who co-chairs the inter-governmental commission. Shoigu praised the strong military partnership between the two nations, adding that the countries intended to develop a fifth-generation fighter aircraft and undertake several naval projects. The parties also agreed to deepen efforts to counter terrorism.

The 7th BRICS summit will take place in July 2014 in the Russian city of Ufa. Annual bilateral summits are traditionally held in Russia and India at the end of each year by turn. The most recent summit took place December 11, 2014, in New Delhi when Russian President Vladimir Putin visited the capital of India.