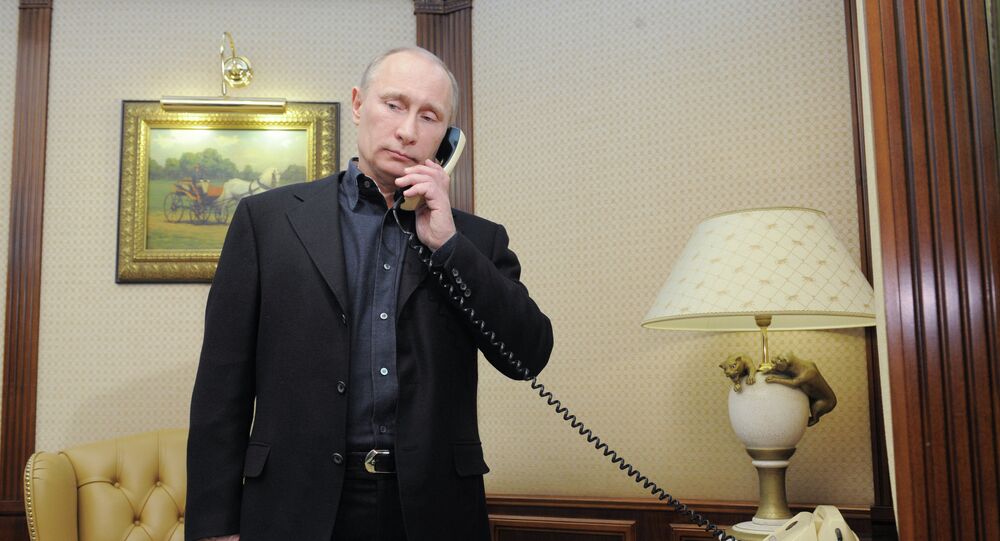 President Vladimir Putin hopes that Russian medical workers will do their best to save the life of a six-months baby, who survived a massacre claiming six lives. Russia is ready to send a medical plane to bring the boy to Moscow for further treatment.

"Putin expressed confidence that all the necessary investigations will be carried out as soon as possible, and all the guilty will be brought to justice," Peskov said.

According to the spokesperson, the president also "expressed hope that Russian medical workers, who arrived in Gyumri, will together with Armenian colleagues, provide the necessary medical assistance to six-months Sergei Avetisyan, who survived in the tragedy."

"The Russian president also assured his Armenian counterpart that Moscow is ready to send a medical plane, if required, to bring the child to Moscow for further treatment," Peskov added.

In addition to that, the two leaders discussed Russian-Armenian relations, amid concerns that Gyumri tragedy could damage the bilateral ties.

© Sputnik / Vladislav Belogrud
Russian Military Learning to Operate Drones in Armenia
On January 12, a family of six people was murdered in Armenia's second largest city of Gyumri, with the only survivor being a six-month-old baby that is currently in a hospital. The main suspect in the killing, soldier Valery Permyakov from the Russian 102nd Military Base placed in Gyumri, was detained the next day. He later admitted committing homicide.

On January 13, a series of rallies kicked-off in the country, with protesters demanding Permyakov to be handed over to Armenian authorities and to close the Russian military base.

Following the January 12 tragedy, the Russian Foreign Ministry said that the Russian authorities are assisting Armenia in prosecuting those responsible for the murder.