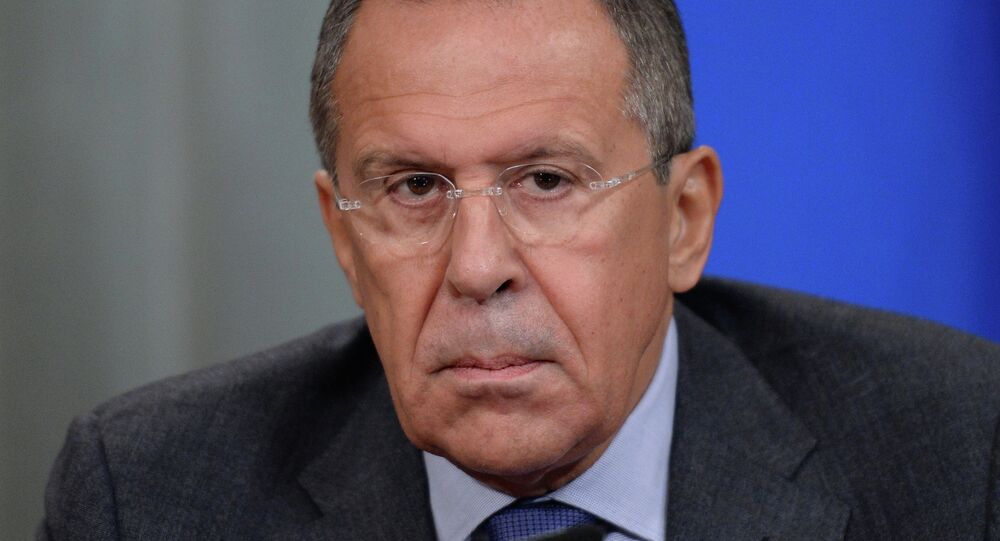 The Russian Foreign Minister stressed that "this political process can only be successful if a direct dialogue is held…between representatives of the Ukrainian government and the self-proclaimed DPR and LPR".

© Sputnik / Maksim Blinov
'Normandy Format' Talks on Ukrainian Crisis Could Be Held Again Next Week: Steinmeier
MOSCOW, January 13 (Sputnik) – The political process in Ukraine will only be successful if the self-proclaimed people's republics of Donetsk and Luhansk (DPR and LPR) are involved in a direct dialogue with Kiev, Russian Foreign Minister Sergei Lavrov has stressed.

"There is a growing understanding of the fact that without the start of a multi-faceted constitutional process with the participation of all regions and political powers of Ukraine, it would be difficult to agree on other questions," Lavrov said after a closed-door meeting with his German, French and Ukrainian counterparts in Berlin on Monday.

The Russian Foreign Minister stressed that "this political process can only be successful if a direct dialogue is held…between representatives of the Ukrainian government and the self-proclaimed DPR and LPR".

© Sputnik / Maksim Blinov
'Normandy Format' Talks on Ukrainian Crisis Begin in Berlin
According to Lavrov, the self-proclaimed republics in Ukraine's southeast (Donbas) must feel like they are "equal partners" in the political process in the country.

DPR and LPR representatives have been attending meetings of the Contact Group on Ukraine, which also includes representatives from Russia, Kiev and the Organization for Security and Co-Operation in Europe (OSCE). Contact Group meetings held in Minsk have resulted in several agreements, including a ceasefire deal between Ukraine's conflicting parties signed in September, 2014.

Lavrov said that after another meeting of the Contact Group on Ukraine expected to take place in the coming days, the Normandy quartet "will meet again and discuss the prospects and timing of a possible summit in Astana", which is planned for this month.

The military confrontation started in mid-April last year, when Kiev forces launched a special operation in the Luhansk and Donetsk regions that refused to recognize the new government which came to power in the country as a result of a coup in February.