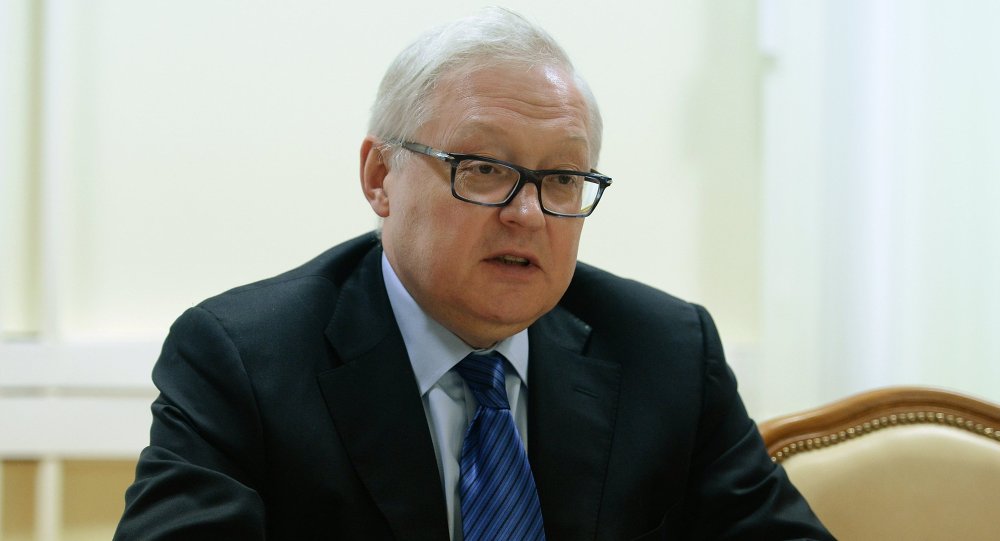 GENEVA, December 17 (Sputnik) – Western countries should promote the start of a political dialogue in the conflict-torn Ukraine, Russian Deputy Foreign Minister Sergei Ryabkov has said, stressing that Russia is concerned by the possibility of lethal weapon supplies to Kiev.

"I know one thing, that in the past weeks the discussion of the so-called 'lethal weapons' supplies to Ukraine has intensified, in a concerning way," Ryabkov said, stressing that those who participate in the discussions should not focus on the lethal weapon supplies if they are interested in resolving the crisis in Ukraine.

© Sputnik /
US Knows Lethal Military Aid in Ukraine to Be Used Against Civilians:Expert

Instead, they should promote the "start of an inclusive, all-encompassing political dialogue and the adoption of a constitutional reform [in the country]" and do everything possible to organize a new meeting of the Contact Group on Ukraine, the Russian Deputy Foreign Minister added.

Kiev forces started a military operation against independence supporters in Ukraine's southeast in mid-April. In September, at a meeting of the Contact Group in Minsk, attended by representatives of Russia and the Organization for Security and Co-operation in Europe (OSCE), a ceasefire agreement was reached between the two sides.

Also in September, Ukrainian President Petro Poroshenko asked the United States for weapons, but US President Barack Obama's administration did not approve lethal aid to Kiev.