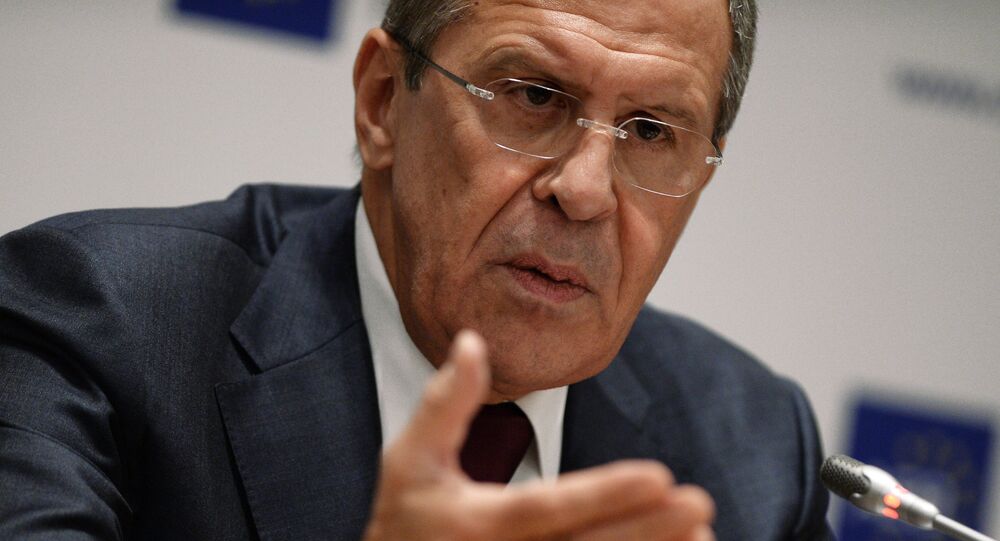 Sergei Lavrov said that despite ti crisis in relations Russia had no plans to close either its permanent mission to NATO or the NATO Information Office in Moscow.

MOSCOW, December 9 (Sputnik) — Russia-NATO relations are in the deepest crisis since the Cold War but venues for bilateral political dialogue should be kept open, Foreign Minister Sergei Lavrov said in an exclusive interview with RIA Novosti.

“Relations between Russia and NATO are going through the deepest crisis since the end of the Cold War…nevertheless, we consider it vital to keep the channels for political dialogue open,” Lavrov said.

The minister stressed that Russia had no plans to close either its permanent mission to NATO or the NATO Information Office in Moscow as they both perform their tasks in line with Russia-NATO 1997 Founding Act on Mutual Relations, Cooperation and Security.

Relations between Russia and NATO have deteriorated following an escalation in the Ukrainian crisis. The alliance has repeatedly accused Moscow of interfering in Ukraine's internal affairs, sending troops to Ukraine, and has claimed that Russia planned to invade the country.

Russia has repeatedly denied the allegations, stating it is not a party to the Ukrainian internal conflict, assuring that Russia’s actions with regard to Ukraine are in accordance with international law.

Following the reunification of Crimea with Russia in March, NATO boosted its military presence close to Russian borders, specifically in Poland and the former Soviet Baltic states of Latvia, Lithuania and Estonia. Russia has repeatedly expressed concern over NATO's increased military presence in neighboring states.

In April, NATO ended all logistical cooperation with Russia, maintaining only contact at ambassadorial and higher levels.