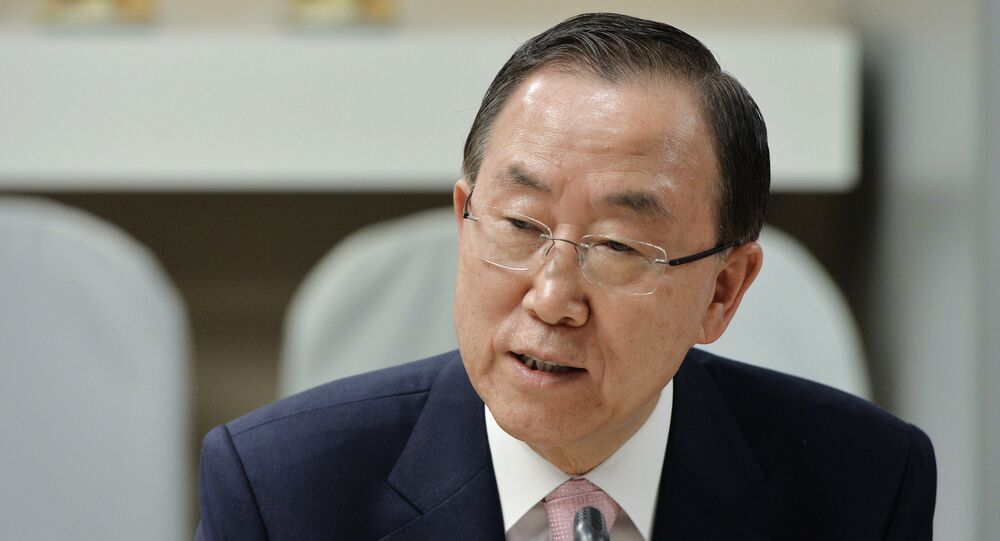 UNITED NATIONS, November 29 (Sputnik) – The UN Secretary-General Ban Ki-moon condemned the attack on a mosque that happened in Kano, Nigeria on Friday.

Ban said he “condemns the horrific attack on the Kano Central Mosque today, which reportedly left dozens of people dead and possibly hundreds others injured.”

The UN said Ban “conveys his deepest condolences to the families of the deceased and to the people and Government of Nigeria and wishes swift recovery to the injured.”

On November 10, after another attack, Ban said he strongly condemned the suicide bombing at the boarding school in Potiskum in north-eastern Nigeria. The Secertary-General also said he was “outraged by the frequency and brutality of attacks against educational institutions in the north of the country” and demanded immediate cessation to the crimes.

Demanding accountability, the UN on Friday said Ban called on the authorities to swiftly bring the perpetrators to justice. He reiterated that there can be no justification for attacks on civilians.

On Friday, several explosions occurred near a mosque in the Nigerian city of Kano, killing at least 64 people and leaving 126 injured.