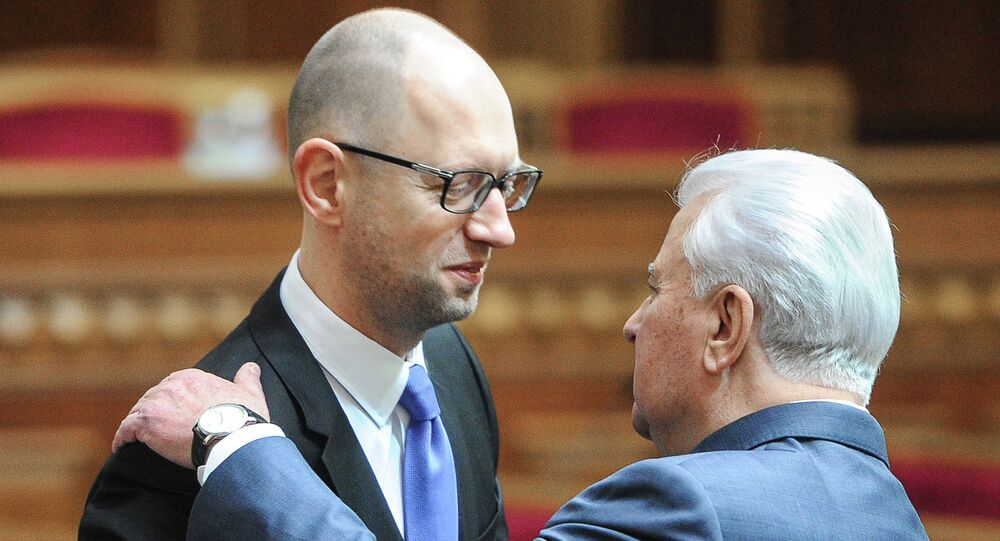 The incumbent Prime Minister of Ukraine Arseniy Yatsenyuk has been approved by the country's parliament to occupy the same position in the newly formed government.

Needing at least 226 votes to win, Yatsenyuk received 341 votes from the lawmakers.

"Honorable Mr. President, you can count on my full support in everything you have just said from this tribune. It is our common responsibility," Yatsenyuk said, addressing Ukrainian President Petro Poroshenko prior to his approval.

© Sputnik / Mikhail Palinchak
Poroshenko: Ukraine's Non-Bloc Status Does Not Guarantee Security, Needs to Be Changed
According to law, the Ukrainian parliament forms a list of government officials and passes its nominee for prime minister to the country’s president for approval. Poroshenko has earlier said that he is prepared to approve Yatsenyuk to head the country's newly formed government.