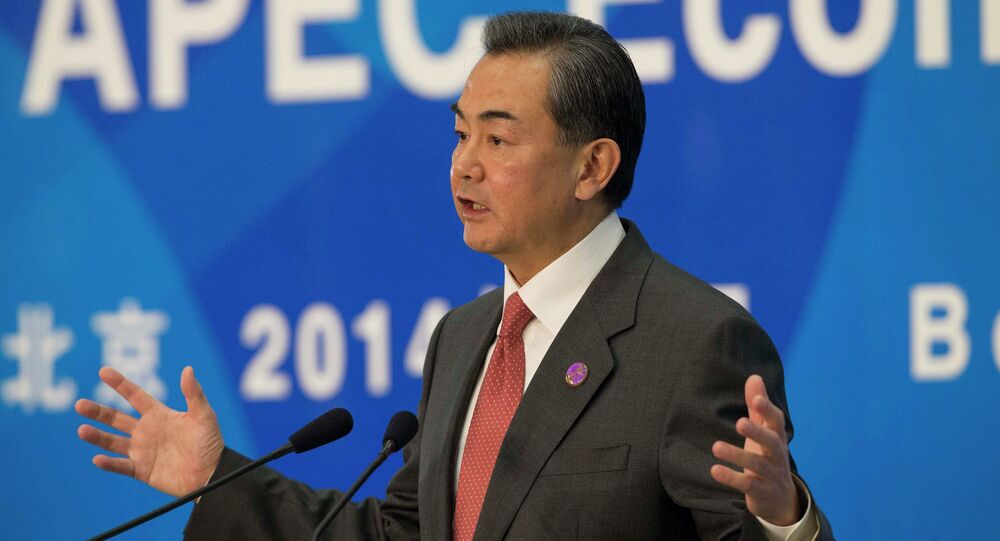 Chinese Foreign Minister Wang Yi does not rule out the possibility of Iranian program talks extension.

VIENNA, November 24 (Sputnik) – China hopes to reach a comprehensive agreement on Iran’s nuclear program and has brought its own suggestions to the table, but more time may be needed because of technical difficulties in reaching the agreement, Chinese Foreign Minister Wang Yi said Monday.

“We hope to reach a full comprehensive agreement that will not only allow the Iranian people to live better, but will also keep peace in the region,” Wang said.

© REUTERS / Heinz-Peter Bader
Diplomatic Blitz: Iran Nuclear Talks Enter Most Decisive 24 Hours
The foreign minister said that there are many technical difficulties in reaching an agreement, but two variants are on the table for discussion.

“One of the variants is that the foreign ministers are able to conclude some sort of an agreement. The second variant is that more time may be needed because of technical difficulties,” Wang said.

“If we don’t have enough time, then we may look at extending the talks,” he said.

Wang added that China has brought its own suggestions on key issues of Iran’s nuclear program, but all the negotiators “had the political will to reach a comprehensive agreement.”

The final round of talks on the Iranian nuclear program between Tehran and the P5+1 group of international negotiators comprising Russia, the United States, the United Kingdom, France, China and Germany, began in Vienna Tuesday. November 24 is the deadline for a deal to be made with Iran guaranteeing a peaceful nature of its nuclear program.

As the deadline draws closer, the P5+1 group is expected to hold the first plenary with Tehran later on Monday.

"Iran and P5+1 plenary meeting of the foreign ministers will be held later today," a source close to the negotiations process told Sputnik on Monday.

During the Geneva round of talks held in November 2013, Tehran and the P5+1 group of international mediators, which comprises Russia, the United States, United Kingdom, France, China and Germany, agreed to reach a deal ensuring peaceful status of the Iranian nuclear program by July, but the deadline was postponed to November.