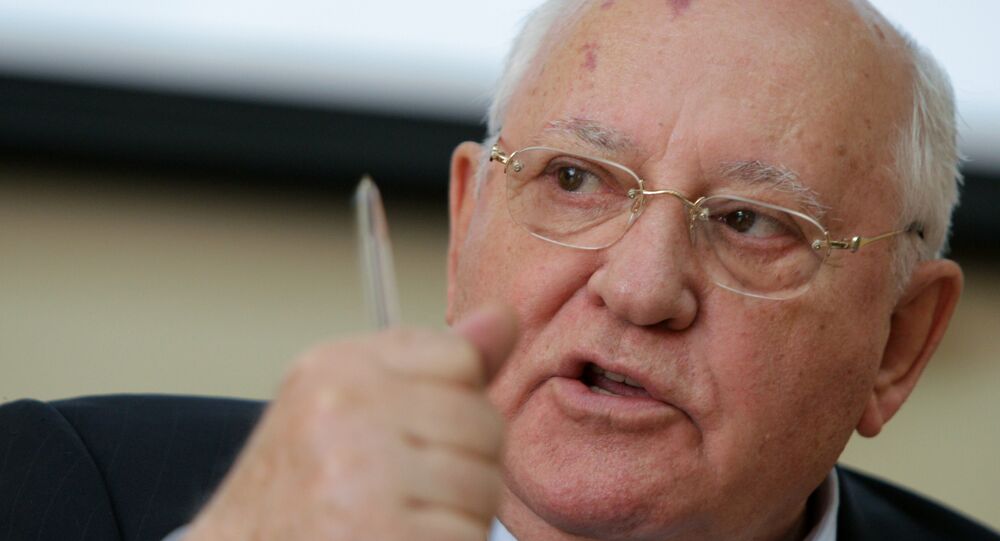 Former Soviet Union President Mikhail Gorbachev stated that Russia and all of Europe will sustain losses if no compromise on Ukraine reached.

MOSCOW, November 19 (Sputnik) — Russia and Europe will both sustain losses should compromise between them not be reached, former Soviet Union President Mikhail Gorbachev said.

"I think both Russia and all of Europe will lose if it [compromise] does not occur," Gorbachev said on Wednesday in an interview with the Komsomolskaya Pravda newspaper. He also added that the compromise is possible.

Falling off in relations between Russia and the West happened in light of the escalating political crisis in Ukraine. The West denounced Crimea's reunification with Russia and accused Moscow of aiding pro-independence forces of southeastern Ukraine.

Brussels and Washington have introduced several rounds of economic sanctions against Russia's banking, energy and defense sectors, despite multiple assurances by top Russian officials that the country is no party to the armed conflict in Ukraine.

Gorbachev to Meet With Merkel in Germany: Spokesperson