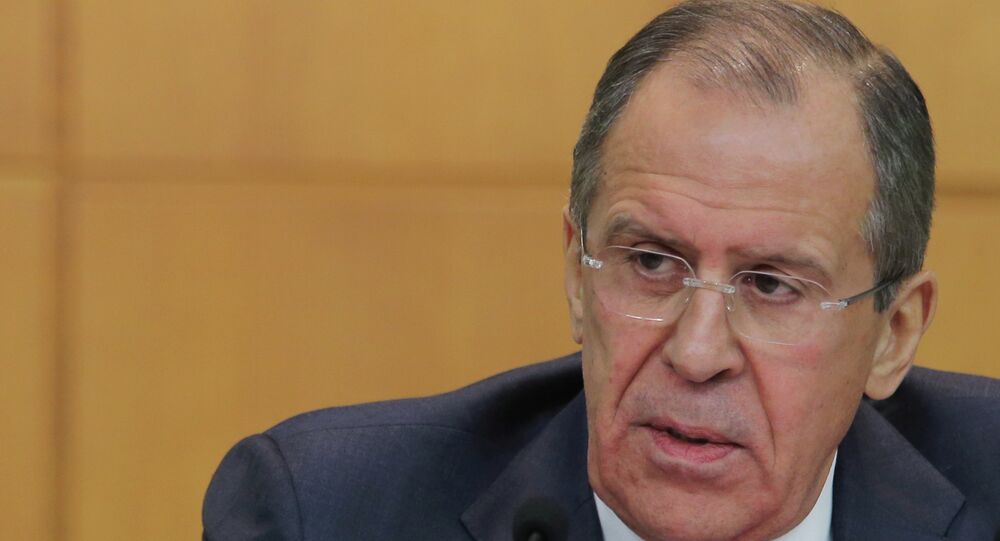 "Sanctions are not our choice at all, but we are not planning on begging Western countries to lift these sanctions, though sometimes they do hint about it [by saying] 'let's agree on certain criteria, we'll tell you what you need to do and then we'll lift sanctions.' We're not going to play those games," Lavrov said during a joint press conference with Belarusian Foreign Minister Vladimir Makei in Minsk.

Russia's top diplomat pointed out that "sober-minded judgments and pleas to learn from its own mistakes" have started to appear in the European Union.

According to Lavrov, EU High Representative for Foreign Affairs and Security Policy Federica Mogherini "urged exactly for that."

"[Mogherini] urged [the European Union] to pay more attention to the assessment of the situation, to forecast the consequences of the steps the European Union has made, such as pushing Ukraine toward an association agreement a year ago and said that a more balanced estimation of EU plans is better than imposing sanctions," Lavrov said.

Relations between Russia and the West deteriorated following Crimea's reunification with Russia in March.

The European Union, the United States and their allies have introduced several rounds of economic sanctions against Russia over its alleged interference in Ukraine's internal affairs. The sanctions mainly targeted the country's banking, defense and energy sectors, as well as a number of high-ranking officials.

Russia has repeatedly called the restrictions counterproductive and warned that sanctions may backfire on those who imposed them.

In August, Moscow introduced a one-year embargo on certain food exports from the countries that imposed the restrictions.