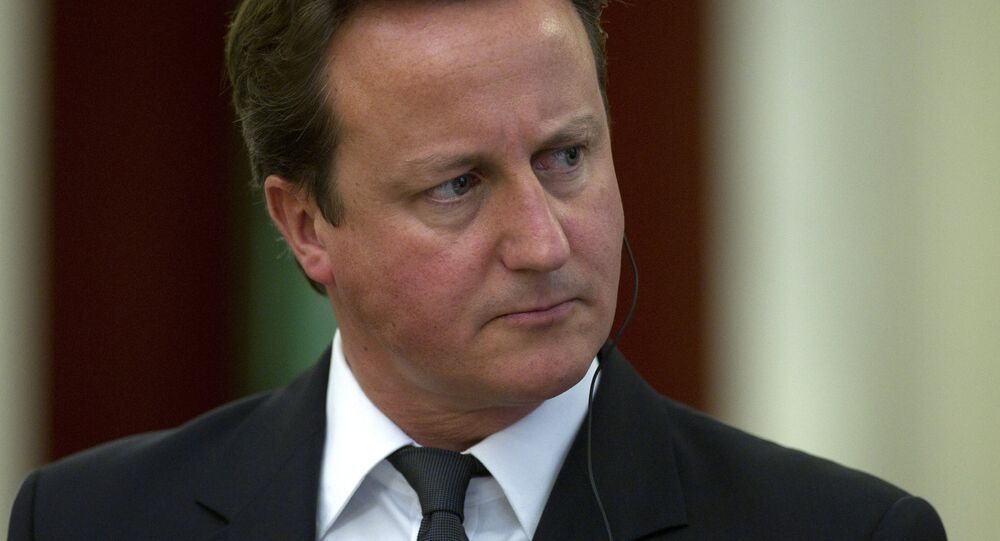 David Cameron is to submit new measures in fight against the Islamic State that would involve confiscating the passports of UK nationals having joined the jihadist group.

MOSCOW, November 14 (Sputnik) — UK Prime Minister David Cameron is set to bring before the Westminster new measures in fight against the Islamic State (IS) militant group that would involve confiscating the passports of UK nationals having joined the ranks of the jihadist group, Sky News reported Friday.

"We must confront this extremism in all its forms. We must ban extremist preachers from our countries. We must root out extremism from our schools, universities and prisons," Sky News quoted Cameron as addressing the Australian parliament Friday.

"Last month this Parliament passed new legislation to tackle foreign fighters. And we will shortly be introducing our own new Counter-Terrorism Bill in the UK," Cameron added during his speech in Australia.

As well as confiscating the passports of those fighting for the Islamic State, a "no fly" list will also be made, which would ban the IS proponents from returning to the United Kingdom.

Cameron's announcement of adopting new counter-terror legislation follows a similar move by Australia, which introduced early in October new legislation granting greater surveillance to its intelligence services for the purpose of unfolding possible terror attacks by the Islamic State.

In an attempt to impede the military advancement of the group, the United States launched airstrikes against the jihadists' positions in Iraq and Syria in mid-September, with some other countries such as France, the United Kingdom and Australia joining later to form a coalition to crack down on the militants.

Cameron to Consider National Honor for Alan Henning Killed by IS