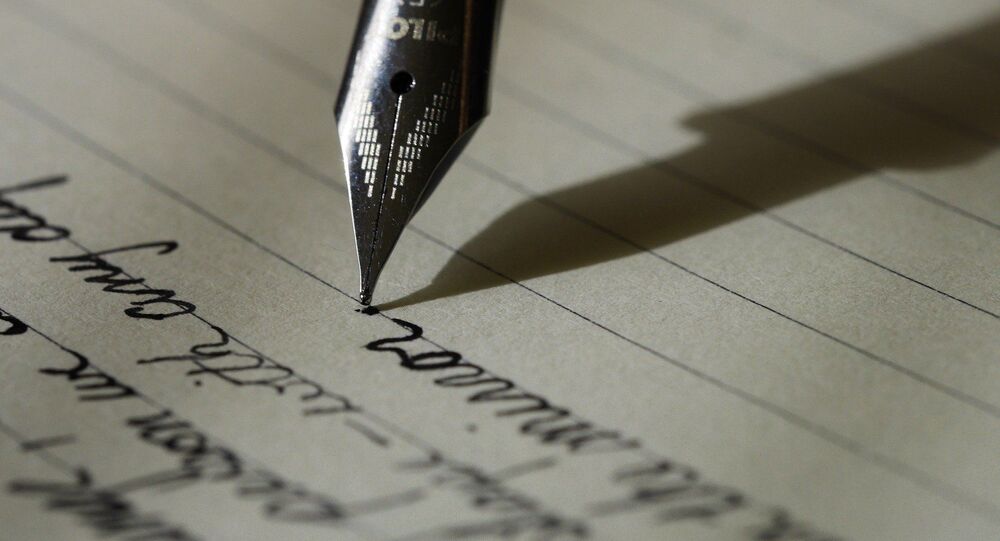 A one-of-a kind, pocket-sized capsule from a century ago containing a message dispatched by a German soldier was discovered by a French couple out on a walk in a field in the east of France in September.

The unique artifact, described as a “super rare” aluminum capsule, was most probably lost by its carrier pigeon more than 100 years ago during the First World War, reports The Guardian.

The message, frozen in time, was sent from an infantry soldier based at Ingersheim and is written in German. It is barely legible and describes military maneuvers during the war.

According to Dominique Jardy, curator of the Linge Museum at Orbey in eastern France, the message was addressed to a superior officer.

The date on the letter is marked as July 16, although the year is not altogether clear, appearing to be written as either 1910 or 1916. The war lasted from August 1914 until November 1918.

Jardy asked a German friend to help decipher the message, which describes German maneuvers between Bischwihr and Ingersheim at a time when the latter – along with the rest of what was then called Alsace-Lorraine – was part of the German Empire.

The message reads: “Platoon Potthof receives fire as they reach the western border of the parade ground, platoon Potthof takes up fire and retreats after a while.”

“In Fechtwald half a platoon was disabled. Platoon Potthof retreats with heavy losses.”

The small paper and capsule will become part of the Linge Museum’s permanent display.