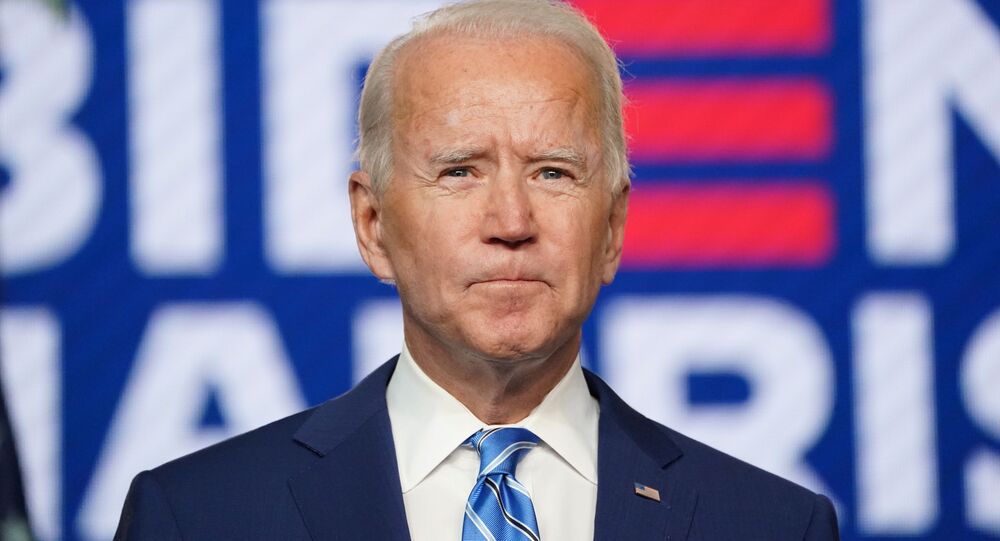 Biden was the clear favorite before the polls opened but then Trump started to perform better than expected in key swing states. The Democratic candidate's chances fell to less than one in three after Donald Trump pushed ahead in Florida - but the trend has been steadily reversing throughout the day.

Democratic candidate Joe Biden has emerged as the clear favourite in online betting markets to win the US presidential election, according to UK aggregation firm OddsChecker.

The latest odds represent a reversal in fortune for Donald Trump, who had been favoured by the markets when early results were announced.

Trump's win probability surged from 32 percent on Tuesday afternoon to 69 percent by the time Trump had secured victory in the key swing state of Florida.

But according to OddsChecker data the markets started to shift as Biden overtook Trump in the battleground state of Wisconsin.

Victory there, which AP announced on Wednesday afternoon, has allowed Biden to move closer to the 270 electoral college votes which are needed to secure the presidency.

OddsChecker is currently forecasting Biden's chances at 75 percent — with Trump’s at 25 percent, the lowest he’s been since the site began tracking the market in January 2019.

Votes are still being counted in a number of other key states, including Michigan and Pennsylvania, which could still change the result.

A British gambler reportedly staked $5 million on President Trump winning the election — a wager believed to be the largest ever political bet.

The former banker used private bookmakers registered on the Caribbean island of Curacao for the bet at odds of 37/20 — meaning he could get a $15 million payout, according to The Sun.

Matthew Shaddick, the head of political betting at Ladbrokes Coral Group, said it estimated about £1bn would be wagered globally across the industry, according to The Guardian.

And speaking before the election - perhaps in a sign that the bookies may know more than the pollsters, Shaddick gave some prescient tips about the state of Florida where the polls had long predicted a Biden win.

“Florida is one where the polls suggest Biden is the more likely winner, but the [betting] markets have Trump as favourite [there],” Shaddick said. “The GOP have tended to overperform the polls quite regularly in that state.”