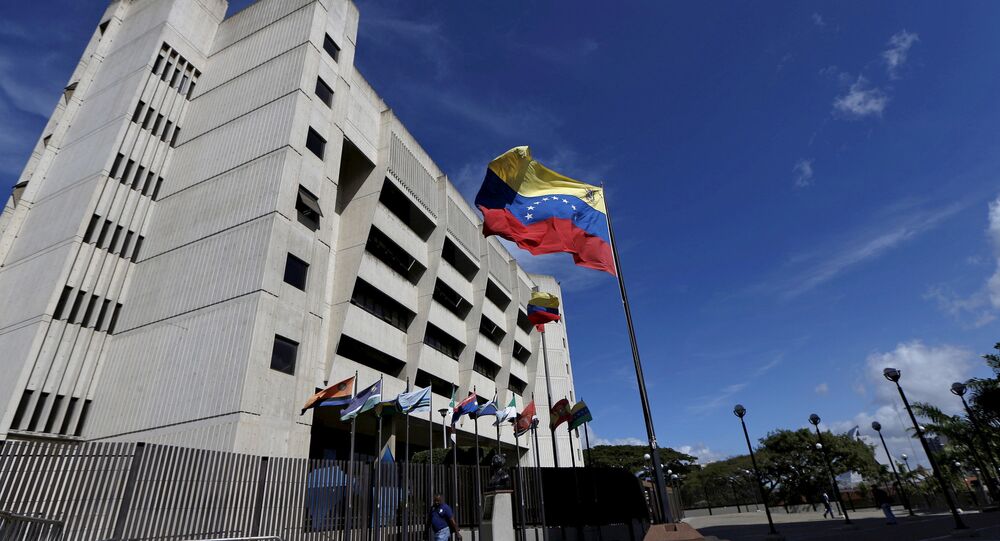 The move by the TSJ against the Compromiso Pais party was the third such decision from the Caracas-headquartered court in just over a week.

The Supreme Justice Tribunal (TSJ) named Olga Morey as the new leader of Compromiso Pais, hot on the heels of last Friday's decision to hand control of the larger Patria Para Todos (PPT 'Homeland For All') party from its leader Rafael Uzcategui Ilenia Medina.

Uzcategui called that ruling "treason" and accused Medina, who brought the case to the TSJ, of “selling out the party” in return for 18 candidates on the ruling United Socialist Party (PSUV) ticket.

And last Tuesday the TSJ also forced a leadership change on the smaller Tupamaro Revolutionary Movement (MRT), appointing Jose Rondon as a replacement for Secretary-General Jose Pinto who was arrested on a murder charge on July 15. Pinto maintains his innocence and claims the charges are politically-motivated.

MRT party secretary Ares Di Fazio condemned that ruling, saying "today the robbery of our party has been consummated". He pledged to "confront the oligarchy, imperialism and the powerful reformist factions" he said were behind the legal challenge.

© Sputnik / Stringer
Maduro Says Can’t Reveal Full Extent of Venezuela’s Cooperation With Iran
All three parties are part of the newly-formed Popular Revolutionary Alternative (APR), formed in July to stand candidates for all 227 seats in the newly-expanded National Assembly. As well as increasing the size of the assembly from 167 seats, the number of deputies elected by proportional representation has risen to 48, giving smaller parties more chance of representation.

But the APR, whose other major partner is the Communist Party of Venezuela (PCV), will still affiliate to the Great Patriotic Pole alliance in Parliament which supports President Nicolas Maduro's government.

The PCV condemned the TSJ ruling against the PPT in a statement posted on website Solidnet, calling it a political move to impose a "fictitious" left unity ahead of the elections.

"These measures constitute an abusive exercise against the prerogatives and competencies which the Constitution of the Bolivarian Republic of Venezuela grants to the Supreme Court," it said.

The communists denounced "this dangerous tendency of the exercising of authoritarian power which is developing in sectors of the national government," and stressed the need for a revolutionary alternative in the face of the "deepening of the imperialist attacks, fascism, and inconsequent reformism which has epitomised the administration of the National Executive."

© REUTERS / VASILY FEDOSENKO
Belarus, Venezuela Face Similar Attacks, Venezuelan Foreign Minister Says
The PCV was the first party to back Mr Maduro's predecessor Hugo Chavez for election as president in 1998, and has remained a support, albeit a critical one, of the PSUV government.

It has slammed the government's failure to diversify the economy away from oil exports, which resulted in a deepening economic crisis after crude prices slumped in late 2014. More recently, the PCV blamed state oil firm PDVSA's continued reliance on imported oil refining chemicals produced by its US subsidiary Citgo for the gasoline shortage after the US imposed blanket sanctions on Venezuela's petroleum industry.

The opposition Democratic Unity Roundtable (MUD) alliance won a two-thirds majority in the National Assembly at the last election in December 2015, but the TSJ later declared the parliament to be sitting unconstitutionally after a dispute over claims of ballot fraud in three constituencies.

Infighting within the MUD alliance has led to rival claims to the speaker position by Popular Will (VP) party acting leader Juan Guaido and Luis Parra of Justice First (PJ). In May the TSJ ruled in Parra's favour.

Guaido, who the US and some other Western governments have recognised as president of the country, has led three failed coup attempts since last year.