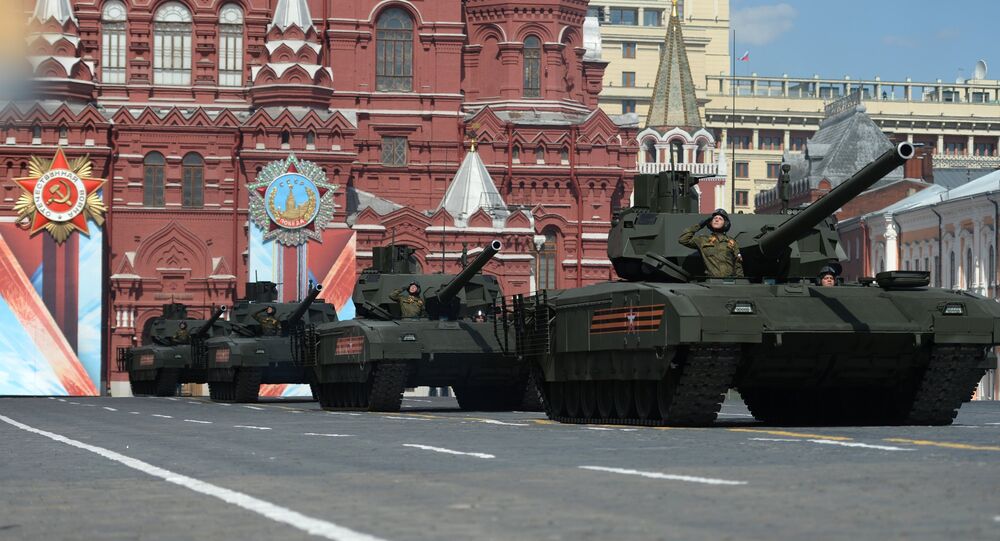 "If my memory does not fail me, last year I [at the post of a deputy defense minister] signed [contracts] worth 40 billion rubles. This year, by all parameters, the forum beats all records of last year by about 40 percent. I think it will [exceed the figure of last year's contracts]," Borisov told Sputnik at the event's opening.

The Deputy Prime Minister also noted that the Russian Defense Ministry had ordered a pilot batch of 100 Armata tanks. According to Borisov, Russia's Armata tank and other military equipment developed on the basis of Armata combat platform surpass characteristics of foreign analogs by 15-30 percent.

In addition, the official revealed to the press that Russian Defense Ministry has begun developing a new vertical takeoff and landing (VTOL) aircraft, work on it will be completed in 7-10 years.

"This work has been included in the state armament program. It is being conducted on an instruction from the supreme commander-in-chief… Such work has been conducted by the Defense Ministry since last year," Borisov said.

He noted, normally 7-10 years are required to launch serial production.