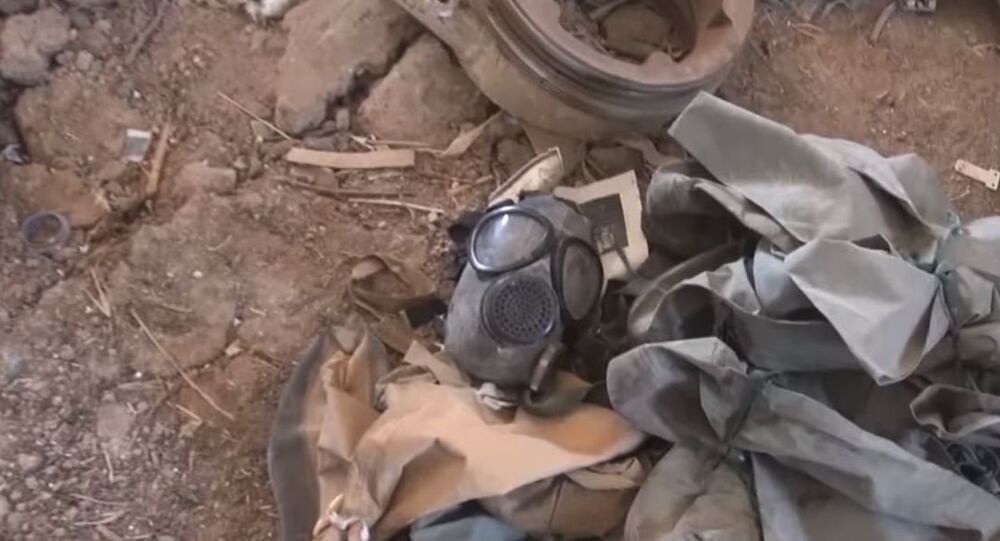 The "Syrian Arab army units found a large lab for making toxic materials" and a workshop for producing artillery shells of various sizes while inspecting towns where terrorists were recently evacuated from in Eastern Ghouta, located just east of Damascus, SANA noted.

A military source explained that chlorine, hazmat gear, and ampoules for mixing substances were located at the facility.

According to the source, the lab was found in the town of Aftris.