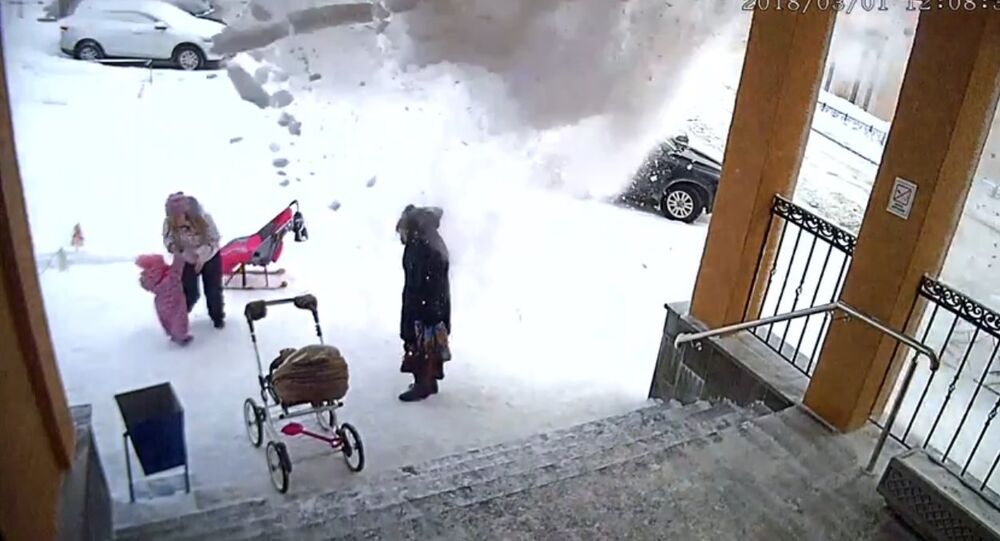 As this footage posted by Russia’s Investigative Committee on Telegram illustrates, not only Moms and Dads have basics instincts when it comes to protecting family; kids have something similar.

In the video, a 1.5 year-old girl pulls her mother aside before they get caught in a massive snow slide. The accident occurred in one of the villages in the Murmansk region in Russia’s far north, around midday on March 1.

As it is seen in the video, two women stand talking at the entrance to a building.  A couple of seconds prior to the snow slide, the little daughter of one of the women takes her by the hand and pulls a few steps aside.

The three of them are struck by an avalanche shortly after, but all of them manage to stand up on their own.

The woman and the child were rushed to hospital after the accident, and the check-up proved that both were safe and sound, the Investigative Committee reported.

A probe has been launched into the case. The police have already questioned officials and approached those responsible for overseeing snow and ice removal from the roofs. The inquiry will end in a related procedural judgement.

‘Tis the Season: Toddler Delighted by Presents of Produce