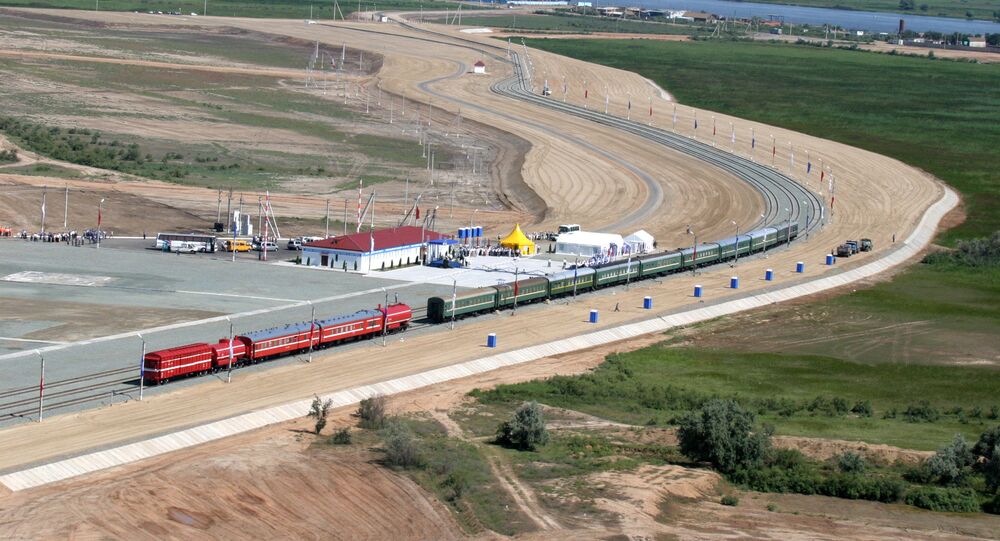 All political and regulatory decisions have been already taken for the INSTC project's realization, Russian Deputy Minister of Transport Alexey Tsydenov told Sputnik on Wednesday.

"All the political and regulatory decisions have been taken and this project cannot be closer to its realization. We can now talk about decreasing coasts of transportation but if there are any issues, they are not critical. We have to do this project, it is economically beneficial," Tsydenov said on the sidelines of the Moscow conference on INSTC.

The conference brought together stakeholders from Azerbaijan, India, Iran and Russia along with others to deliberate on further course of action with emphasis on business community participation in promoting trade along INSTC.

The project envisages construction of transport and infrastructure facilities along the shipping route from South-East Asia to Northern Europe through India, Iran, Azerbaijan and Russia and aims to reduce the costs and the time of ship, rail and road deliveries between the countries located along the route.