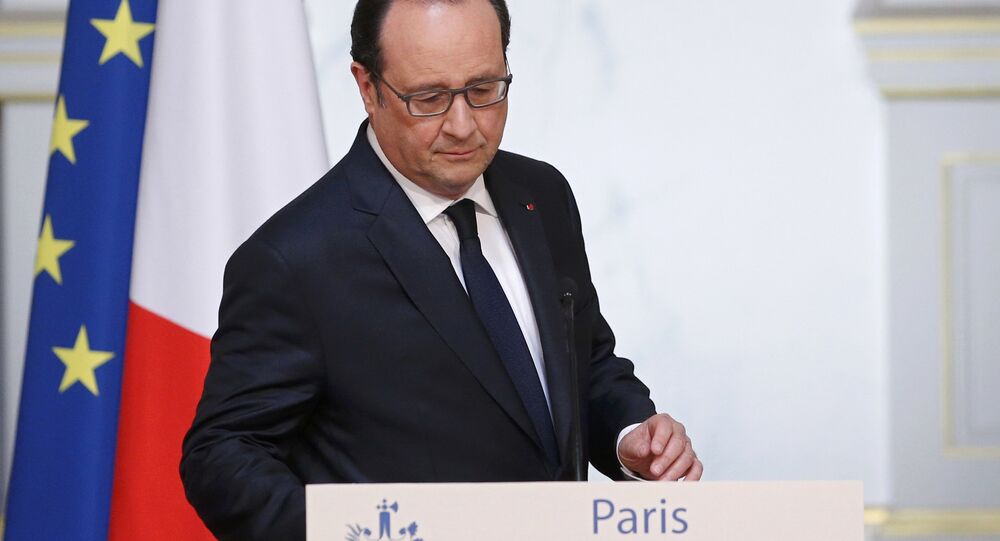 French President plans to visit a number of European countries to discuss reforming the EU amid Brexit, the Elysee Palace said in a statement Monday.

PARIS (Sputnik) — French President Francois Hollande plans to visit a number of European countries to discuss reforming the European Union following the public vote in the United Kingdom to leave the bloc, the Elysee Palace said in a statement Monday.

"The [French] president will visit several countries in the European Union from July 19 to 21 to continue the work, initiated with the German chancellor and the Italian prime minister, to give a new impetus to Europe, consisting of 27 countries [after the Brexit vote]," the statement said.

Hollande's tour is expected to kick off on July 19 with an official visit to Portugal. The next day, the French president plans to visit the Czech Republic, Austria and Slovakia. An official visit to Ireland will take place on July 21.