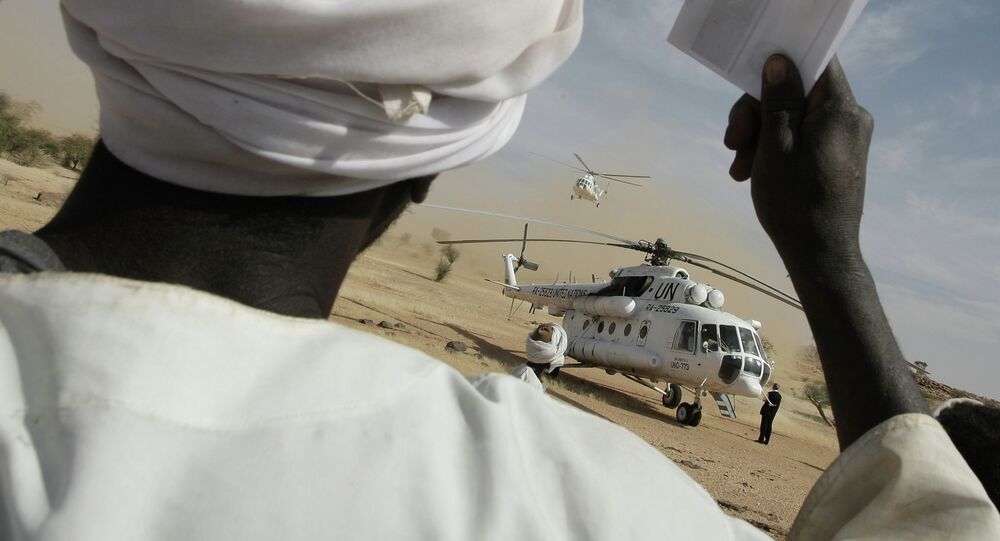 The kidnappers of two Russian UN contractors in the Sudanese region of Darfur demand ransom for their release, a source from Sudan’s Foreign Ministry told Sputnik Monday evening.

WASHINGTON, February 2 (Sputnik) — “The kidnappers told UNAMID [UN peacekeeping mission in Darfur] that they await ransom for the release of their employees. UNAMID workers have been kidnapped in Darfur several times, and the government has warned against paying ransom to avoid the recurrence of such incidents,” the source said.

The UN will not comment on the kidnapping of two Russian pilots working for UTAir, a company contracted by the UN peacekeeping mission in Darfur (UNAMID), western Sudan, due to security reasons, the associate spokesperson for the Secretary-General told RIA Novosti Monday.

"We will not make any official statements on the details of abduction or on nationality of the detainees given the sensitive efforts to obtain their safe release," Farhan Haq said.

Earlier on Monday, press-attache of the Russian Embassy in Sudan Artur Safukov confirmed that two Russian nationals had been taken hostage in Central Darfur on Thursday, January 29.

Meanwhile, Sputnik was able to obtain a second confirmation of the kidnapping by unidentified assailants from the governor of Central Darfur, Jaafar Abdelhakam.